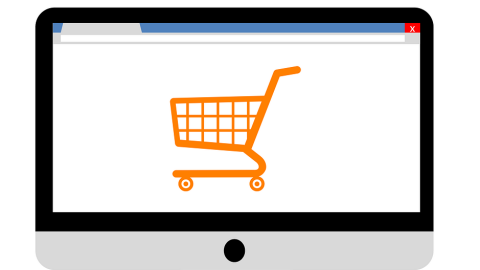 The New Silk Road has a new regular rail freight connection set up to serve the booming e-commerce industry. Since Wednesday, a train runs twice a week from Yiwu in China to the Belgian hub of Liege, where Alibaba has one of its headquarters. The new service is supposed to be a first delivery line of e-commerce goods, which can be further distributed from there across Europe.

Loaded with 82 standard containers of commodities, the first train departed on Wednesday 9 October, according to Chinese news agency Xinhua.net. It is projected to arrive in Liege about 20 days later. The new route is expected to cut the delivery time from Yiwu to Europe by at least one to two days.

From Liege, the cargo can be further distributed via existing channels. One such channel is eHub, a supply chain management system of Alibaba’s logistics arm Cainiao Network in Liege. This system was set up in June last year, when Alibaba announced 5 cities to be included in this global hub network: Hangzhou, Dubai, Kuala Lumpur, Liege and Moscow.

With the eHub system it aims to create more efficient logistics operations and offer single-day delivery in China and 72-hour delivery across the globe. This is all to meet the rising demand of e-commerce goods, which now make up a large proportion of China’s trade volumes.

Yiwu is among the Chinese cities leading this e-commerce trade. According to Xinhua.net, the express delivery business volume in Yiwu accounts for about one-fifteenth of the nation’s total, while about 40 per cent of cross-border parcels transported by Cainiao Network from AliExpress come from Yiwu and its surrounding areas.

The new service is part of the cooperation between Yiwu City and Electronic World Trade Platform (eWTP), an initiative of Alibaba founder Jack Ma. eWPT was established in Yiwu in June this year. The city of Yiwu and Alibaba then signed an agreement to innovate new trade modes in imports and exports, jointly build smart logistics hubs and develop new types of trade financing.

It is not the first service to connect Liege to China by rail. The first direct train service between Liège in Belgium and Zhengzhou in Central China became operative on 24 October 2018.

Rail freight connections from the Belgian hub to China became of particular interest when Alibaba announced to select the city as a European distribution centre and the new location for its headquarters, settling in the airport zone. Liege Airport is already handling e-commerce shipments from the Cainiao network, and it operates the BE-GATE system, a customs platform to simplify the import and export of goods.