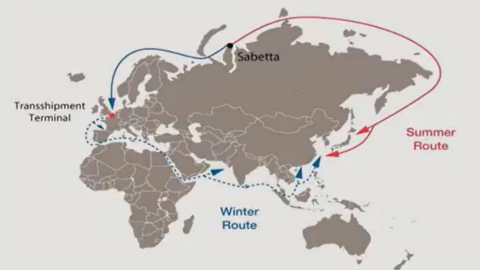 China sees great potential in an intermodal route connecting the Arctic to the New Silk Road. The Polar Silk Road, as it is called, is an extension of the Belt and Road Initiative via the Northern Sea route. While commercial operations on the North Sea Route are already in full swing, a rail freight line connecting the Arctic to the south of Finland should open up this new gateway to Europe.

Baozhi Cheng, Senior Fellow at the Shanghai Institute for International Studies made these remarks during the Rail Baltica Global Forum, which took place on 10-11 April in Tallinn, Estonia. The infrastructure in the Arctic cities of Norway is still lagging far behind compared to the south of Norway and Finland. The Nordic states, together with China, should explore the possibilities of integrating various projects to create a win-win situation, he said.

The Northern Sea Route is a shipping route running along the Russian Arctic coast from the Kara Sea, along Siberia, to the Bering Strait. The entire route lies in Arctic waters, which were previously inaccessible due to the large amount of ice. However, climate change has made the passage of ships possible and in 2017, a Russian tanker travelled through the Northern Sea Route without an icebreaker escort for the first time. Today, it is possible to sail from Norway to South Korea in nineteen days, about thirty per cent faster than through the Suez Canal.

Commercial operations on the Northern Sea Route are now in full swing especially on the western part, connecting the ports of Murmansk and Sabetta, Cheng explained. Cargo volumes along the route reached a record-breaking 7.3 million tonnes in 2016, which accounted for a year-on-year increase of 35 per cent. The growth was facilitated by the construction of the Port of Sabetta and the LNG project, Cheng added. The LNG project includes a liquefied natural gas plant at the Yamal Peninsula, which reached initial operational capacity in 2017. Estimates are that volumes on the Northern Sea Route will reach 40 million tonnes in 2022, according to the Chinese researcher. 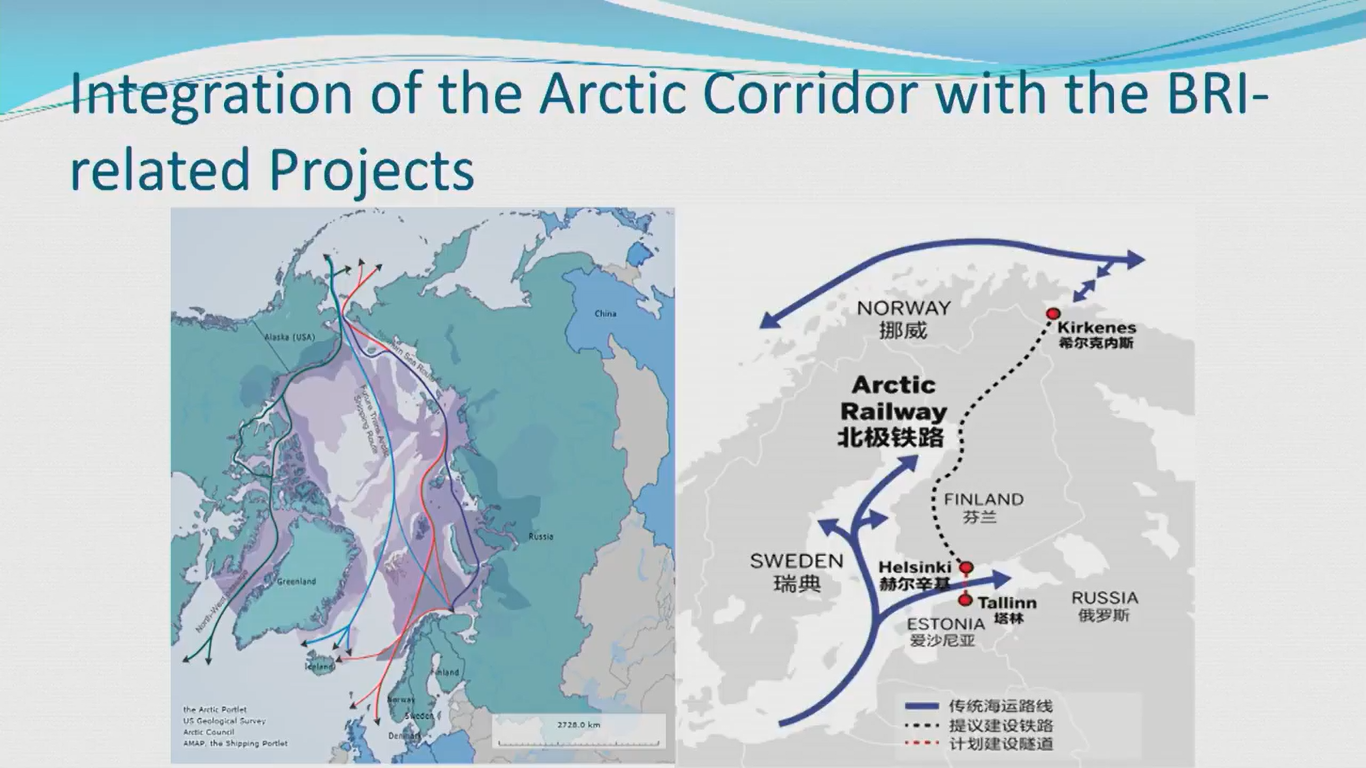 The ice-free Norwegian Port of Kirkenes has the potential to become another gateway, linking the Northern Sea Route to the European railway infrastructure, Cheng believes. A new railway connecting Kirkenes to the northern Finnish town of Rovaniemi is already in the planning. According to earlier media reports this project should be completed in 2030. Moreover, Finland has considered linking the railway to the undersea railtunnel due to be constructed between Finland and Estonia. From Estonia, it could link to Rail Baltica, realising a direct train connection to Warsaw.

But there are more possible links, Cheng explained. While the eastbound route is suitable during summer, another westbound route could be viable in winter months. This route leads to Rotterdam, where it connects to the conventional shipping route via Malaga and the Suez Canal. The Port of Rotterdam becomes a transshipment terminal, and the two sea routes form a circular loop, Cheng pointed out. “The Polar Silk Road is another route of the Belt and Road Initiative, it is a Nordic extension. China would like to cooperate with Finland, Norway, Iceland, Sweden and Denmark to explore the possibilities.”

“In Europe, there is concern over the intentions of China”, he told the audience. “China is the second-largest trading partner in the world, it is only natural for us to look into new shipping routes.” He elaborated on the Belt and Road Initiative, which knows a land and maritime route. Exploration of the Arctic route is new, and can benefit the Nordic countries as well as Asian countries, as it enables faster transit times, he argued.

“China is not a newcomer to the Arctic region. Chinese ice-breaker Xuelong sailed the north-east passage in 2012, while another ice-breaking vessel sailed the transpolar and north-west passage in 2017. Cosco operated the Yong Sheng Cargo Ship on the Northern Sea Route three times, carrying construction materials. China was actively involved in the development of the port of Sabetta and the New Silk Road Fund holds a share in the LNG project”, he explained.

“China wants to contribute to the peaceful use of the Antarctic”, Cheng concluded. As a researcher of Arctic governance, he emphasised the importance of a globalised approach, as climate change is a matter that concerns the whole world, and different states can benefit from each other’s technological advancements. China can contribute as a public goods provider, not only in terms of labour, capacity and infrastructure but also with capacity building and regime development.

“When it comes to the Arctic region, China respects the sovereignty of the Arctic countries. The Chinese government published a white paper on the Arctic policy last year, in which core principles are respect, sustainability, cooperation and win-win situations. On both sides, there is an urge to cooperate and implement projects smoothly and efficiently”, he pointed out.