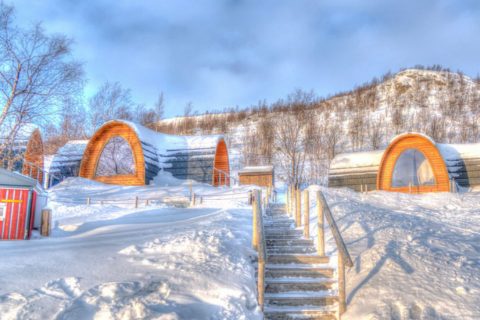 Finland and Norway are exploring the possibility of developing a rail freight link between the northern Finnish town of Rovaniemi and the ice-free Norwegian Port of Kirkenes. The line would be the first rail link between an EU state and an Arctic port. Arctic shipping routes are opening up as a result of recent climate changes.

According to German newspaper Der Spiegel, the project should be completed in 2030. A budget of 3.6 billion Euros has been allocated for the construction. Moreover, Finland has considered linking the railway to the undersea railtunnel due to be constructed between Finland and Estonia. From Estonia, it could link to Rail Baltica, realising a direct train connection to Warsaw.

Up to now, the Northeast Passage was rarely used for shipping due to the amount of ice. However, a rise in temperatures has opened up the waters for around four months a year. This makes it possible to travel from Norway to South Korea in 19 days, about thirty per cent faster than through the Suez Canal.

The development has caught the attention of China, which sees great opportunties in the new trade route. The intermodal connection would open up a new gateway in the European continent.

Great idea,replacement of the pre war Finnish line to Petsamo which was annexed by the Russians……