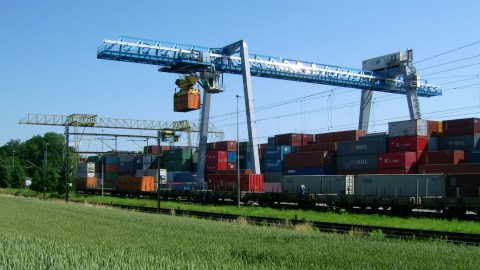 Swiss rail freight operator Schweizerzug will increase the number of train services between Switzerland and Belgium. Starting on 10 January 2019, the rail freight line between Frenkendorf (near Basel) and the Port of Antwerp will operate three times a week in both directions. Curerently it runs twice a week.

Over the course of the past few months, several factors have placed extreme pressure on train and rail capacity: low water levels in the Rhine resulting in a shift from ship to rail transport as well as the general increase seen each year-end with larger transport volumes. Boosting the frequency on the Antwerp route to three roundtrips weekly will serve to significantly relieve capacity constraints and improve rail capacity moving forward, the company reported.

Since the start of this year, Schweizerzug has also been offering daily services between the Frenkendorf train terminal and Niederglatt (near Zurich), benefitting shippers in eastern Switzerland with a wider range of transport options.

Schweizerzug already offers direct connections with the Antwerp Gateway 1700 terminal, which is operated by DP World. The Antwerp Gateway 1700 has links to all of the terminals at the port of Antwerp. The rail services between the Belgian hub in Antwerp and the Swiss terminals in Frenkendorf and Niederglatt will give customers at the heart of Europe a fast and reliable level of connectivity to one of the most important ports on the continent, the operator noted.

Roman Mayer, CEO of Schweizerzug, commented: “The events of the past few months have underscored yet again just how vital rail is – and will remain – for the transport of goods. Schweizerzug plans to continue further developing its range of transport products to meet market demand with the very best level of service available.”