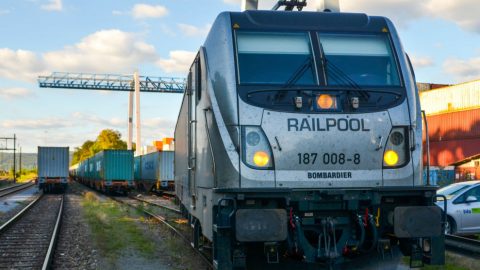 Schweizerzug, a rail service offered by the Swiss-based logistics provider Swissterminal Group, is launching a new direct connection between Frenkendorf in the Swiss county of Basel and the Port of Antwerp. The service commences on 2 July 2018 and is an overnight rail service.

Schweizerzug will initially start with two departures a week to the Antwerp Gateway 1700 terminal, which is operated by DP World. From there, connections are offered to all the terminals in the Port of Antwerp. From Frenkendorf, there are other connections available to Niederglatt/Zurich and Melzo/Milan.

“With the direct rail link from Gateway 1700, Schweizerzug helps to reduce handling delays of container barges due to congestion in the Port of Antwerp”, the railway operator said. Roman Mayer, president and delegate of the board of the Swissterminal group, commented: “With our new direct service to Antwerp we provide shippers in Switzerland and neighbouring regions with a reliable new rail service that offers substantial time savings in comparison with other means of transport up to now. We are delighted that we can cooperate with the port of Antwerp and terminal operator DP World in offering this service.”

Schweizerzug started operating rail freight services in October 2016. In addition to the direct connection to the port of Antwerp, it runs a service three times a week to the port of Rotterdam and Antwerp via the Neuss Trimodal hub in Germany. From Neuss, it is possible to reach all the terminals in both sea ports by barge as well as by rail.