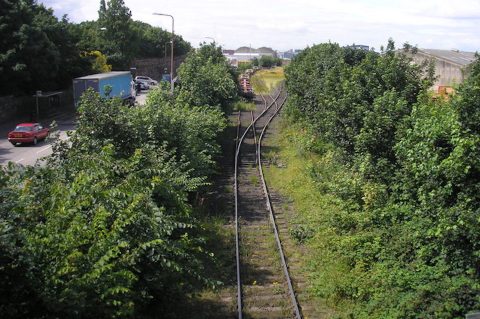 UK strike update: more to come or solution in sight?

Published on 23-01-2023 at 12:46
Dormant rail connections, like this one to Leith Docks from the East Coast Main Line, could be revived under Scottish freeport measures (Geograph UK)Image Geograph UK

Could one union be about to strike, while another is about to strike a deal? That is the question that faces negotiating teams on both sides of the long running and increasingly bitter round of disputes on the British railway network. With a fresh round of industrial action only a week away, there are contrasting views of the state of the dispute. The next planned stoppages are on Wednesday and Friday, 1 and 3 February.

Government sources have now admitted that it would be cheaper to have settled the dispute than see it through. That astonishing admission came from Huw Merriman, the rail minister, in answer to probing questions from the Transport Select Committee, a cross-party oversight body that informs the houses of the British parliament. Union leaders have already appeared before the committee.

Train operating companies, represented by the Rail Delivery Group, have made what they call a best and final offer to the RMT union leadership. The employers say that it will improve how the industry delivers services to passengers, in exchange for a pay increase of five and four per cent that respectively covers the 2022 and 2023 pay awards. Freight operators have remained uninvolved, but not unaffected. Official figures (from the Office of Rail and Road) put cancelled freight services by as much as thirty per cent on strike days.

“The offer, made through an outline framework agreement, would allow the industry to adapt to significant changes in the ways in which passengers use the railway, while offering rewarding and varied careers for staff”, says the RDG statement. “If accepted, it would help recover the industry’s finances post-covid, reducing the burden on taxpayers at a time of significant pressure on public spending.” They are urging the unions to put the offer to their members.

RMT say the proposals include detailed documentation covering a range of issues that affect all grade groups at the 14 train operating companies involved in the dispute. They say the offer will require serious and careful consideration. “The proposals on pay and job security are directly conditional on cost savings and alterations to contractual terms, entitlements, and working practices”, say the RMT. At present, the National Executive Committee are considering this offer. That means that while no decision on the proposals nor any of the elements within them have yet been made, there is the likelihood of the offer being put to the membership for the first time in the dispute.

Meanwhile the drivers union, Aslef (the Association of Locomotive Engineer and Firemen) has taken a different view. Their position appears to moving further away from settlement, just at the time when a breakthrough seems possible with their colleagues at the RMT. Mick Whelan, the general secretary of the union has said in media interviews that he believes resolution is further away than ever.

Cost of strike approaches half a billion

The RMT has again written to business leaders, this time accusing the government of using them as “collateral damage” following Huw Merriman’s admission to the Transport Select Committee. When asked if it had cost more to the government and the economy to bankroll the dispute than it would have done to settle it earlier, Merriman was clear in his response. “If you look at it in that particular lens then absolutely”, he said. “It’s actually ended up costing more than would have been the case if it had just been settled.”

According to figures from the train operating companies representative body, the Rail Delivery Group, strike action has cost the passenger side of the industry around 480 million pounds (570 million euro) in lost ticket revenue since the start of the dispute in June. They claim this is on top of its current two billion pound (2.4 billion euro) fares shortfall post-covid. It’s not clear if that figure is net of the support package which has been paid by the UK government to keep the industry solvent during the pandemic.