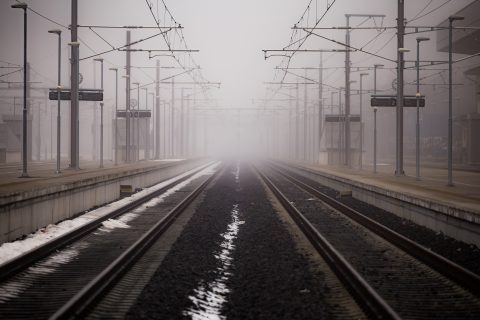 Still no clear route out of Britain’s rail disputes

Saturday in Britain passed off … quietly. Quietly, especially if you happened to be around London Euston or Birmingham New Street. Both of these major passenger terminals were completely closed. The latest strike on Britain’s railways affect several passenger train operators, especially long distance routes, yet it brought resolution no closer. The freight fraternity continues to look on with concern.

The latest strike, this time by members of Aslef, the drivers’ union, brought services on the West Coast Main Line to a standstill – hence the closures in London and Birmingham. It was very much the same on the East Coast with the government-run LNER, and the independent Hull Trains among the operators affected. Although there is no direct involvement with rail freight operators, the sector is affected, particularly when Network Rail signallers abandon their levers.

Most widespread action yet

This week will see the most intensive industrial action yet, with a further three days of stoppages. Strikes are scheduled for this Thursday, Friday and Saturday. With RMT and Aslef already taking action, two more unions with members in the industry are walking out this week – the TSSA, which had already announced strike dates, and Unite, whose members are mainly in support roles across the industry.

RMT is calling out its members at most passenger operators, and at Network Rail, on Thursday and Saturday. These will be the most widespread strikes across the network this month. In-between times, RMT members on the London Underground will walk out on Friday 19 August.

Union leaders have continued to accuse the government’s transport secretary Grant Shapps of prolonging the disputes. Certainly Mr Shapps has not been conciliatory in his response. “Instead of sitting down with RMT and the rail industry to find a negotiated settlement to this dispute, Mr Shapps has politically interfered to prevent a deal”, claims Mick Lynch, the general secretary of the RMT union. “Grant Shapps is continuing his dereliction of duty by issuing threats, against railway workers, all for the sake of trying to save his political career.”

The RMT claim that Shapps is still inflaming matters. “Now he is threatening our members with P&O style fire and rehire and the reintroduction of Driver Only Operated services, which will lead to a fall in safety standards and job losses”, said Lynch, making reference to the recent scandal at the ferry company, which, ironically, the UK government publicly condemned.

A warning from history

Shapps has reiterated that he will not enter into negotiations with the unions over this pay and conditions dispute. The minister remains unswayed, despite the headline-grabbing RMT dispute conflating into further disputes with other unions, and now including issues over pensions and job security.

“If Mr Shapps proceeds on this course, RMT will use the industrial mandate it has from its 40,000 members in this dispute to take more strike action in the coming weeks and months”, added Lynch. On the threat to bring in minimum service levels on trains during strikes, another measure proposed by the government, he added a warning from history. “If these proposals become law, there will be the biggest resistance mounted by the entire trade union movement, rivalling the general strike of 1926, the Suffragettes and Chartism.” 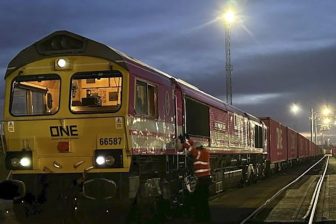 Freightliner and ONE launch first-ever service with GD+ fuel 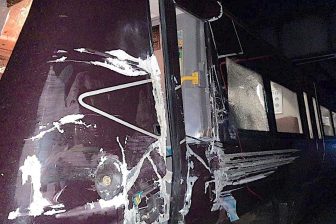 Sad it is.
For sustainably paying for costs, imposed, etc., however Industry, sooner the better, have to upgrade!
(Other devices, by sea, etc. upgrade for higher load – and lower costs…)
For sustainably, soundly attracting clients, quality rendered by Industry has to be equal, or better, than by alternatives.
Technicalities, frequently requesting “maintenance” (repairing…) do not meet with current load, speed, etc. – and accordingly have to be shifted out – as steam was…
It is 2022 now!…