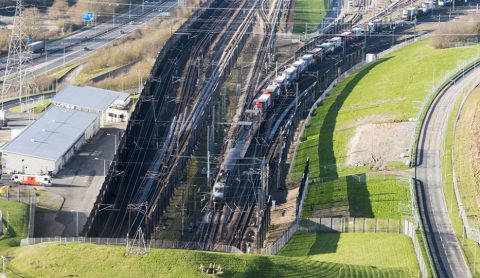 Overwhelming demand for freight shuttle transportation led to extensive delays for UK lorry traffic heading for the continent on Friday. While trains ran smoothly, the wait extended over the course of the day and only cleared late into the evening.

Heavy goods vehicle (HVG) drivers arriving at the Channel Tunnel, intending to use the continuous Le Shuttle freight service on Friday, found themselves queueing for reasons of excessive demand. A number of factors are gathering on the horizon to give cause for concern in the coming weeks.

BBC national news reported on Friday afternoon, that there were delays of up to two hours for goods lorries planning to board the dedicated Le Shuttle freight service through the Channel Tunnel. The report claimed Euro Tunnel had put the exceptional delays down to high demand.

There are periodic delays for road traffic intending to use the drive up and go service, often down to congestion on the roads fo South East England. Already well planned contingencies are in place, and drivers are familiar with “Operation Stack” – a last resort measure which uses part of the M20 motorway approach to the Tunnel’s Folkestone portal as a temporary lorry park.

The web feeds of the Tunnel freight operator, Getlink, noted delays after planned overnight maintenance – which was set to continue over the weekend. However, as services were running smoothly through the day, there were no mentions of the tailbacks waiting to join shuttle services.

Hannah Trinder told BBC Radio Kent listeners that the queue was still up to an hour by six in the evening, UK time, which was cause for concern for operators hoping to make the overnight departures, which were reduced in frequency to allow for engineering works.

The increased demand came on the back of quieter than expected figures in November. “Le Shuttle Freight carried 130,952 trucks, a decrease of 13% compared to November 2018,” said the company in a statement to the press. They put this down to both to the effect of stock piling in October in preparation for Brexit and to an unfavourable calendar. They further said that 2019 had seen lower traffic overall. “Since the beginning of the year, almost 1.5 million trucks have crossed with Le Shuttle Freight, a decrease of 6% compared to the same period in 2018.”

Friday’s queues were unexpected, and come ahead of some possible disruption this week, because of widespread strike action in France, affecting all transport modes. The strikes, over pension reforms, have encouraged French producers to seek alternative routes, and use road transport. British importers could be making three own arrangements, which could have contributed to the exceptional delays on Friday.

The disruption is a possible incentive for UK shippers to switch to other routes, away from France, and to use inland UK terminals with rail forwarding to the ports, making for shipping destinations in other parts of Europe. Last week Felixstowe announced a new five-days-a-week flow from the recently commissioned East Midlands Gateway.

Resolving the pensions issue can only be good for transport security in France. Meanwhile, there’s the possibility of truckers waiting for Le Shuttle to be forced into another impromptu secondary picket along the hard shoulder of the M20. It’s increased demand, but not all the reasons are economically advantageous. 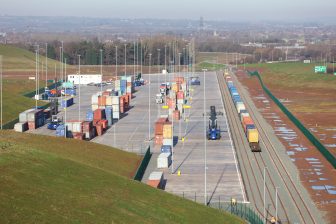