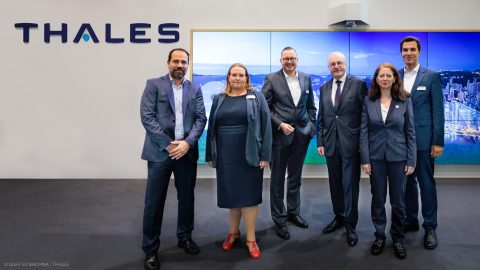 By using sensor-based, real-time data, for example, ATO features will be able to deliver intelligent insights to train drivers and devise optimal driving strategies. According to the Knorr-Bremse, this technology is expected to provide a solution to staff shortages in the rail freight sector.

Trains equipped with ATO are classified according to their ​​Grade of Automation (GoA). The GoAs are five, ranging from zero to four. GoA zero means that the train is operated fully analogically, while GoA four, in which trains are capable of operating automatically at all times.

One of the first examples of ATO was in France in the 1950s when the technology was applied to la voie navette, a tunnel in the Paris metro line. When it comes to freight, the largest network of driverless trains, stretching over 1,700 kilometres, is managed by The Rio Tinto Mining Company in Western Australia.

The Digital Freight Train was launched by SNCF Logistics, France’s principal rail freight carrier, and Traxens, a French tech company, in 2017. DFT brings about various advantages for the rail freight industry in general. For customers, it provides real-time tracking of shipments that sends out alerts when the cargo reaches strategic locations such as loading/unloading sites. On the other hand, wagon leasing companies are to benefit from the DFT as well. Thanks to a mileage monitoring system, it is in fact easier to schedule rolling stock maintenance.