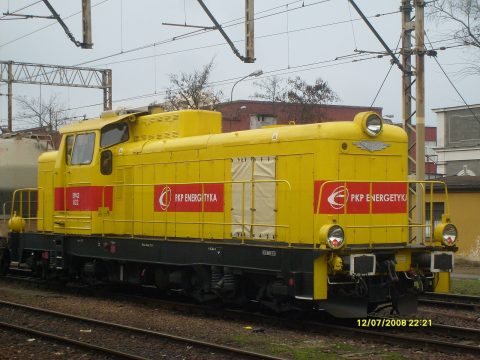 As soon as 2023, traction on the Polish railways will be provided by hydrogen power. This is the plan laid out by PKP Energetyka, the electricity distributor to the Polish railway network and operator of a new traction energy storage facility under construction in Garbce. The company has just signed a contract for the realisation of a hydrogen system at the facility.

Hydrogen will be produced using energy from a solar farm and is just one of the energy sources at the Garbce facility, locatedin the commune of Żmigród in Lower Silesia Region.

The aim of the facility is to strengthen the security and quality of energy supply to the railways, balance the power drawn from the Polish National Power System, and allow for more efficient use of renewable energy sources, the company explained earlier. The use of hydrogen power is the latest addition to this plan.

Storage for the future

The hydrogen-based energy production and storage system will consist of an electrolyser that converts energy harvested from the sun into hydrogen, a hydrogen storage system, and a fuel cell that converts the hydrogen back into electricity. It will allow up to 23 kg of hydrogen to be stored at one time with the power outputs of the individual components determined at 36 kW for the electrolyser, 20 kW for the fuel cell capacity, and about 150 kWp for the solar farm.

The facility is designed to corroborate the feasibility of using hydrogen storage solutions for powering railroads in the future. The purpose of the system is to store all the energy produced by the solar farm and not used for current traction purposes. The project is worth over 3 million Polish zloty (64,2 million euros). 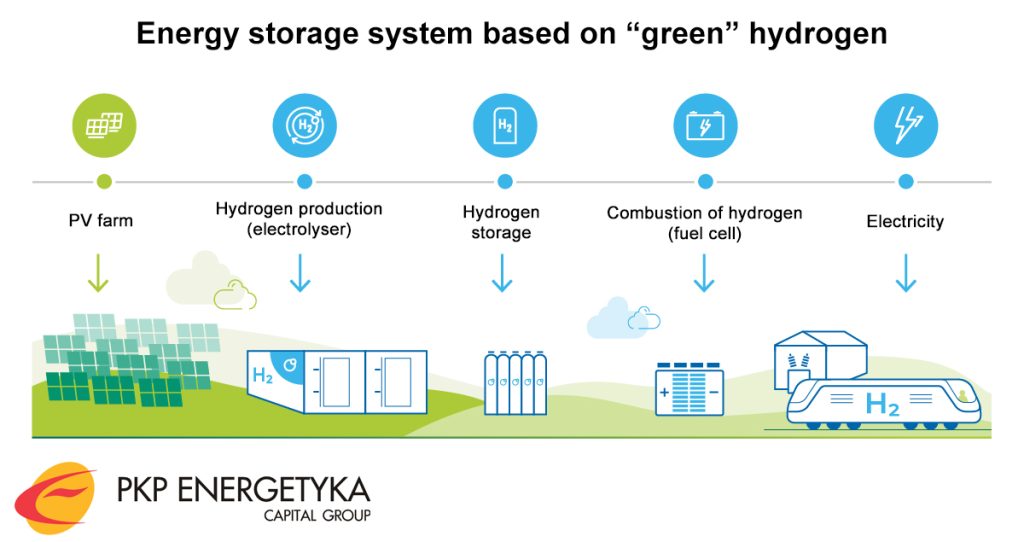 PKP Energetyka says it will be the first company in Poland to supply the railways with energy based on hydrogen from RES. The produced element will be used in the development and research phase for PKP Energetyka’s own purposes, i.e. to supply the traction substation, but the solution implemented in the future will also have the
possibility of powering the traction system.

The technical design of the system also allows for disconnecting the filled hydrogen cylinders, so it can be used, for example, to power railroad vehicles of PKP Energetyka. “Our industry is currently undergoing an energy transition that we are pursuing primarily through the Green Rail programme. Its goal is to switch 85 per cent of the railroad’s power supply to RES by 2030. Ultimately, we want the remaining 15 per cent to be “green” as well, which is why we are successively investing in modern research and development solutions that bring us closer to this goal” says Piotr Obrycki, director of the Research and Development Office, PKP Energetyka.

Powering a train at a speed of 160kmph: this Polish facility does it 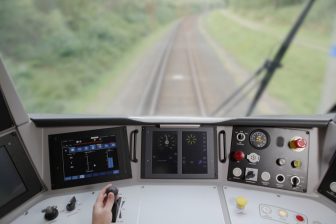 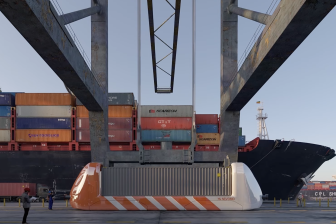