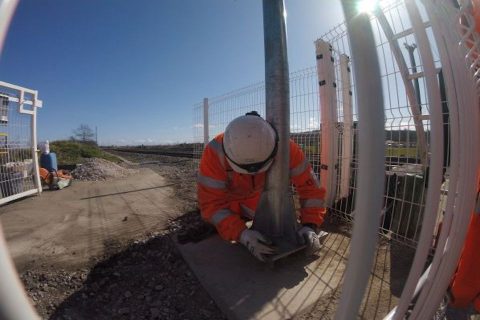 Siemens Mobility has been awarded a significant contract to upgrade and modernise railway communications in the West of England. The company has been instructed to install and commission an integrated signalling system on behalf of the UK infrastructure agency Network Rail. The work covers the line that connects Penzance, Plymouth and Exeter with the national network. There is also a web of passenger and freight branch lines, including quarry operations.

The scheme should deliver significant capacity and operational benefits, which helps support the low carbon initiatives of the UK government. The Devon and Cornwall region is anticipated to see growth in the rail freight market, with both light logistics and bulk cargo opportunities already identified.

Network Rail has awarded Siemens Mobility Limited the contract to deliver Governance for Railway Investment Projects (GRIP) stages 4-8 of the Devon and Cornwall re-signalling programme. With only one main line route serving the long peninsula, the contract calls for minimal disruption to the railway. The line was completely severed in winter storms that destroyed a coastal section in 2019.

The programme will see a modular, network-based solution introduced to replace the existing signalling infrastructure. Work is scheduled to take two-and-a-half years, and when completed in late 2023, it will provide better connectivity for the South West region and a more reliable railway for mixed traffic, coupled with improved maintenance performance. Siemens has been showcasing new technology recently at RailTech Europe Live, hosted by ProMedia Group, the publishing parent of RailFreight.com

The counties of Devon and Cornwall have a significant industrial heritage – and an active rail freight sector. The relatively remote south-west corner of England has been an ideal proving ground for high-speed light logistics, conveyed by scheduled passenger services. For example, InterCity RailFreight has been running premium foodstuffs to markets in London and the Midlands for several years. Aggregates and clay quarries have been a good market for rail freight operations, as the congested roads of the region do not lend themselves to heavy bulk operations. A Devon company is also suppling pre-cast rail panels to the massive HS2 project, which provides impetus for further freight expansion.

Recently, a new potential market has been identified, based on the region’s former mining heritage. Cornwall’s former tin mining industry may be revived, but for a new raw material. Extensive deposits of lithium have been re-surveyed, and evaluated for viability. Lithium is a vital material for battery manufacture, and deposits in Cornwall could serve the production of batteries for electric vehicles, helping British industry and transport meet carbon-zero targets. Climate change was on the agenda at the recent G7 economic conference, hosted in Cornwall at Cardis Bay, which attracted the attention of the rail industry.

Two and a half year project

The resignalling of Devon and Cornwall will facilitate higher capacity and more reliability for mixed traffic. As well as installing the signalling equipment, Siemens Mobility will also install its Controlguide Westcad control system at Exeter and Plymouth. Siemens will also take responsibility for all telecommunications, power distribution and civil engineering works for the new equipment.

The first stage of the project should be the completion of Governance for Railway Investment Projects (GRIP) stage 4 towards the end of 2021, which is the single option development. Stage 5 is the detailed design, Stage 6 is construction test and commission, Stage 7 is scheme hand back and Stage 8 is project close out.

From clotted cream to futuristic batteries, light goods and bulk freight has a place in Devon and Cornwall’s newly resignalled future.

Why are mechanical signal boxes being retained in Cornwall, but the upgrad being controlled from the Exeter PSB ?

Why in the Siememns resignalling of Cornwall scheme are mechanical signal boxes being retained ?