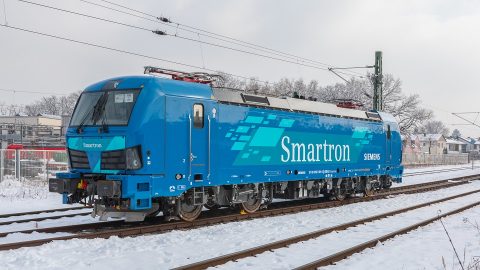 Siemens Mobility has received a new order for 25 Smartron electric locomotives specially developed in accordance with the requirements of the German rail freight market. The deal was concluded with Paribus Holding, a Hamburg-based investment and rolling stock company. The delivery will start in October.

The ordered locomotives will be administered by Northrail, the rail asset management subsidiary of Paribus Holding. It is expected that all the vehicles will be leased to rail freight carriers running in Germany. Northrail has already signed the first deal to lease three Smartron locomotives to TX Logistik owned by Mercitalia Group. “We are especially pleased that TX Logistik has decided to become the first lessee of this reliable locomotive based on proven technology”, said Volker Simmering, CEO of Paribus Holding. The contract also includes an eight-year maintenance period.

A prototype of the Smartron locomotive was assembled in March 2018. It was demonstrated at the InnoTrans 2018 Trade Fair in Berlin. The German rail freight operator Eisenbahngesellschaft Potsdam (EGP) became the first customer of the new type. The company ordered three units in June 2018. The Smartron vehicle is based on the Vectron locomotive family, one of the most popular types developed by Siemens Mobility. The locomotive was designed to run on the 15-kilovolt alternating current network and was equipped with the PZB/LZB train control system. It weighs 83 tonnes and has a starting tractive effort of 300 kilonewtons.

Siemens Mobility has simplified the purchasing process. “Our new Smartron offers our customers a powerful and reliable locomotive delivered in a fixed standard design that simplifies the purchasing process. As a preconfigured locomotive, the Smartron enables our customers to operate cost-effectively with a high degree of availability”, said Sabrina Soussan, CEO of Siemens Mobility. 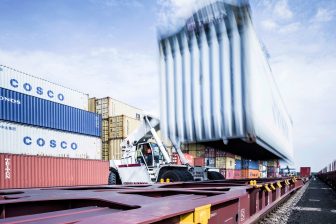