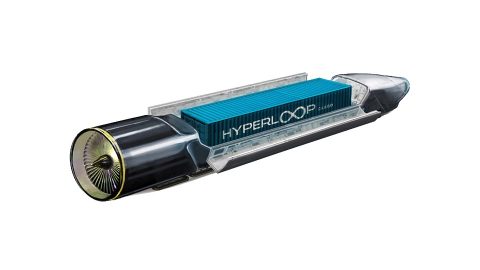 HHLA will use Hyperloop to transport containers from port of Hamburg

The parties signed a cooperation agreement on 5 December. The deal also includes construction of a transfer station for testing capsule transport at an HHLA terminal in the port of Hamburg. “With the Hyperloop transport system, HHLA is pursuing the goal of developing an additional component of efficient logistic mobility solutions in Germany. As a gateway to the future, we want to employ innovative approaches to make a contribution towards relieving the strain on the transport infrastructure in and around the Port of Hamburg and to use the capacities of our terminal facilities in an even more efficient way”, HHLA’s chairwoman Angela Titzrath said.

HHLA is the second port operator to plan use Hyperloop technology in container transportation. The first one was UAE-based DP World that signed an agreement with Hyperloop One company. In August 2016, the parties agreed to cooperate in studying tube transport options for carrying containers. There is no information about these researches.

The Hyperloop concept was proposed by technology investor Elon Musk. The new mode of transport is capable of running on rails installed in a tube. With the help of magnetic levitation technology, the system can move freight at a speed of up to 1,000 kilometres per hour. Initially, this mode of transportation was regarded only for carrying passengers.

this is ashwin jain from https://technologymoon.com and i would like to say that technology is so rapidly advancing, good to see that

Hi if you have interest in Writing on technology and startups then this is for u. Write for us at RevolutionaryStratups.
Revolutionarystartups