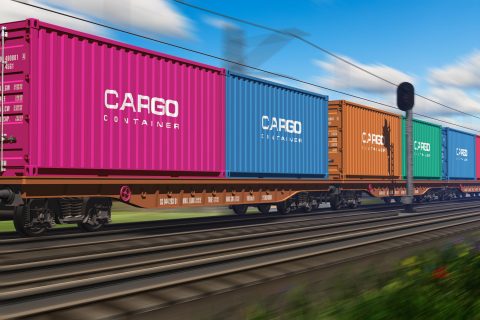 Dutch technology company Dual Inventive has developed an Internet of Things (IoT) track and trace system so that carriers always know where their freight cars are. This is because cars that are used for international freight traffic sometimes go missing. Mark Damen of Dual Inventive compares it to misplaced suitcases at the airport. “The shunting of trains something goes wrong.”

Dual Inventive and German telecom giant Deutsche Telekom have developed a next-generation track and trace device, the TRT 3000. T-Mobile provided a SIM card. The prototype was presented in early November during the Hubraum of Deutsche Telekom. “If you equip each car with a smart sensor, you always know where it is,” says Damen. “This innovation can save companies a lot of lost freight and money.”

Freight cars are regularly misplaced on the European track. “Sometimes a car from a company from Prague is suddenly found at a shunting yard in Berlin. Things can go wrong during the shunting process. I compare it to suitcases at an airport. They also regularly end up in the wrong place.”

The TRT 3000 is equipped with an integrated solar panel and can, therefore, be used indefinitely. The system not only monitors the equipment but also wirelessly provides detailed information about the environment. The sensor is placed close to the freight, such as in a container. As a result, data about vibrations, temperature and air humidity can be passed on to the carrier.

And that information is very important because dangerous goods are transported in some freight cars, such as oil or chemicals. And nothing should go wrong with this transport. If that happens, emergency services can act quickly via TRT 3000.

The data collected by the sensors is sent to Dual Inventive’s IoT platform MTinfo 3000. This platform can be linked to car lists and can be digitally shared via mobile apps. This means that all data can easily be found in one place. Dual Inventive hopes to make transport safer, more efficient and more sustainable with their track and trace system.