An additional billion Euros is needed for the rollout of European Traffic Control System ERTMS in the Netherlands. These are the costs for the rollout in the time period 2030-2050, said Dutch Secretary of State Stientje van Veldhoven of Infrastructure and Water Management recently in a debate.

The new cost calculation of the ministry is in line with the calculation made earlier by the European Court of Auditors. This European institution stated in a report last year that the rollout in the Netherlands would cost around 4.9 billion Euros. The Dutch ministry has reserved 2.4 billion Euros for the project. A progress report published in May this year already concluded that only seven to eight routes could be equipped with the new system with this budget in place. Earlier, the target was to equip twelve routes.

Apart from the costs being higher than expected, the rail project is also behind schedule. Whereas the state secretary had indicated that the first routes with ERTMS could be operative in 2024, this now seems to become between 2026 and 2028. According to GroenLinks member of Parliament Suzanne Kröger, the ERTMS project is not going well. “It looks as if with every two steps ahead, we take one step back.” According to the politician, this delay results in a growing risk. “Delay could result in a failure to establish a modal shift.”

Van Veldhoven explained in the debate that this is caused by various factors. “During the implementation of the project it became clear that the programme not only entails a technical, but also change of culture challenge within the transport system”, she explained. “We are moving from analogue to digital. This means that we have to educate people and adjust processes.”

Van Veldhoven explained that the costs had risen due to the set-up of a test lab, a test route, the training of drivers, responding to Level 3 and additional costs for management, maintenance and replacement. These last three factors result in additional costs of 15 to 20 million Euros, according to the politician.

Van Veldhoven does not expect these additional costs to apply for the entire rollout. “We have several basic costs now, such as training, engeneering, testing and conversion of locomotives. After that, the rollout per route will be cheaper.” According to the Secretary of State other countries face similar challenges with the implementation of ERTMS. “It is difficult because we are not dealing with a greenfield situation. This concerns existing infrastructure.” Greenfield refers to the construction of new infrastructure.

Van Veldhoven added that the Netherlands recently received EU funding worth 32 million Euros for the isntallment of the control system in 300 freight trains. According to her, applications have been submitted for the conversion of another 55 locomotives. She said that the measurement package concluded with the rail freight industry last month should enhance the competitiveness of the Dutch sector. “We try to facilitate the switch of rail freight operators as well as we can.”

According to Van Veldhoven, the Netherlands could not stay behind in switching to the European control system as it improves the safety, capacity and speed significantly. “Actually, you should wonder whether you want to continue investing in analogue systems while the rest of the world switches to digital”, said the politician. “If we don’t, the Netherlands will become a sort of analogue island in a digital Europe. That does not contribute to certain international connections.”

She also pointed out that the number of experts of the current ATB control system gradually disappears. “If the industry is over, how do you maintain the systems?” 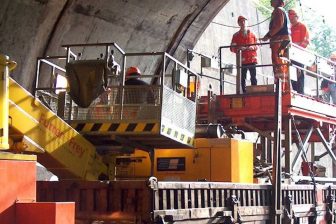 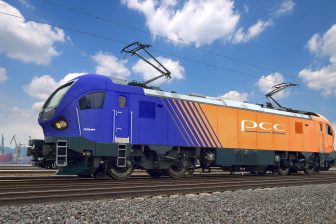 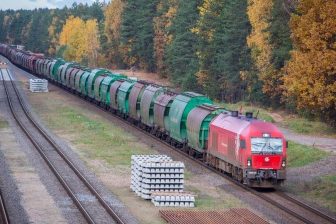