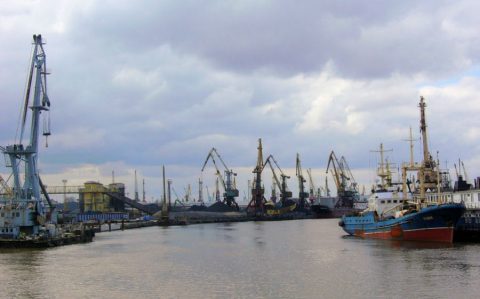 A fifth package of sanctions has been announced by the EU. Among others, the EU wants to ban Russian and Belarusian road transport operators, as well as Russian vessels and Russian-operated vessels from accessing EU ports. Rail freight operations from Russia to Europe will remain possible.

The European Council approved these sanctions on Wednesday 6 April, after they had been proposed by the European Commission. “Although the detailed text is not yet available, it has been formally approved”, said sanction lawyer Sebastiaan Bennink from BenninkAmar.

The ban on Russian vessels road shipments excludes the transport of essentials, such as agricultural and food products, humanitarian aid as well pharmaceuticals, as these are in the interest of the EU.

At the special edition of the RailFreight Summit in Brussel yesterday, Kristian Schmidt, director of Land Transport at the European Commission explained that the rail freight sector was not included because Russia is a landbridge between Europe and China.

“The sanctions are intended to hurt Russia, and balance the EU interests. We have to carefully assess whether it is in our interest or not to affect that business”, he said, adding that in the previous sanctions, Russian Railways has been subject to financial sanctions.

“This has had an impact in terms of dropping demand. There is the insurance issue, we are well aware of that. In general, there is a chilling effect on the sector”, he commented. With the ‘insurance issue’ he referred to the worldwide reluctance of insurance companies to cover transport on the corridor via Russia due to war risks.

Other sanctions that could indirectly impact the logistics sector are the import ban on coal from Russia, the first ban on en energy source since the start of the war. It still refrains from banning the import of oil and gas, to the dismay of Ukraine. Other export bans, such as on advanced semiconductors, machinery and transport equipment. A full transaction ban on four key Russian banks, among them VTB, the second largest Russian bank was also announced. The full lists of sanctions can be seen here.

The sanctions are a response to the Russian actions in Bucha and other areas, where human bloodshed of unprecedented proportions was reported. “These atrocities cannot and will not be left unanswered. The perpetrators of these heinous crimes must not go unpunished. The EU has set up a Joint Investigation Team with Ukraine. Its task is to collect evidence and investigate war crimes and crimes against humanity in Ukraine”, the EU Commission said.

When discussing the sanctions during the summit, participants from the logistics industry increasingly realised that they could hurt their business in one way or another. Does the ban on Russian vessels hurt the transshipment capacity at the port of Kaliningrad, a Russian enclave, for example?

A track and trace technology company legitimately asked if advanced semiconductors included the product it sells, a question the two sanction lawyers present from BenninkAmar could not directly provide an answer to. “You will need to study the text once it is available”, they said. The detailed text is currently not available yet, it takes a while before the details are made available. Not unimportantly, there is a wind-down period, allowing for existing contracts and shipments to be completed.

Do you want to see what else was discussed at the RailFreight Summit? Check out our live blog for more interesting news. Below you watch the interview with Kristian Schmidt.