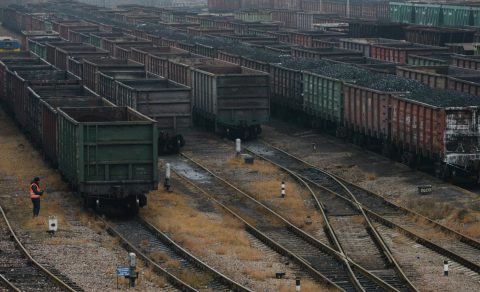 How important is Ukraine on the New Silk Road?

Due to the Russian military attacks in Ukraine, rail freight on transit through the country is currently suspended. Freight trains running on the main China-Europe corridor – via Kazakhstan, Russia and Belarus – run as usual, operators report on Thursday 24 February. Some say that Ukraine is not that relevant for New Silk Road volumes. How true is this?

Looking at the numbers, Ukraine is indeed handling a very minor share of the total rail freight volumes between China and Europe. According to RZD Logistics, which presented the overall picture at the European Silk Road Summit in Amsterdam last December, transit through Ukraine accounted for 2 per cent of the westbound container traffic volumes on the New Silk Road in 2021.

Although this percentage may seem small, volumes have been on the rise. Ukraine has attempted to re-establish its position on the New Silk Road for the last ten years. Eventually, there was little trust in the country as a transit region, the rail freight industry mostly considered it to be politically unstable, a reputation which it was trying hard to contest.

This effort was starting to be rewarded in the past few years. More and more operators started trial journeys through Ukraine, and with a positive result. The country turned out to be less politically unstable, and very willing to increase the volumes passing through its territory. In fact, the ministry of infrastructure was investing a lot of money to modernise the railway network, anticipating its growing role.

Importance for China and Europe

In January 2022, Chinese president Xi Jinping underlined Ukraine’s importance for China’s BRI in January 2022. In a note he sent to the Ukrainian president, he underlined how important the “development of the China-Ukraine strategic partnership was to his country and the Silk Road, respectively.

Also Slovakia and Hungary have been willing to further develop the traffic flows. The route via Ukraine is especially beneficial for the Central and Eastern European countries, and Hungary and Slovakia are perfect gateways for these markets. Hungary recently announced an investment of 12.4 billion Hungarian forint (around 35 million euros) in the Záhony region, the region bordering Ukraine.

In September 2021, the Slovakian government pledged it wanted to support the development of the route through Ukraine and Slovakia via Dobra. It would be willing to support transit traffic financially, with around 200 euros per container. This is a measure that will probably not be realised considering the current situation, commented Martin Koubek from Metrans, one of the countries actively pursuing the route via Ukraine.

Hurdles on the way to success

The potential of the country was mostly in westbound traffic, from China to Europe. The first eastbound train only departed in October 2021. It departed from the Lisky container terminal in Kiyv to Xi’an and was considered a historically significant development since there had been no export trains from the Eastern-European country to China before.

One of the hurdles for eastbound traffic were the strict rules when it comes to transit traffic through Russia, which follows as a transit country on the route. For transit through Russia, a seal needs to be applied at the Russian border, tracking the cargo until it leaves Russia. This seal was not yet available at all border crossings just yet.

Another hurdle on the way towards success is the current state of infrastructure. Despite the developing steps, the country still faces problems with its infrastructure, not allowing it to grow more. “At present, we cannot make full use of the factor of our geographical location because our railway and port infrastructure is still outdated”, said the Ukrainian infrastructure minister Oleksandr Kubrakov in October.

However, all of these hurdles could have been overcome by time if the political stability would have indeed been maintained. But as it seems now, the trust in the security of the route has vanished for the time being. Trains may run, but without customers there is no demand, and all traffic will be rerouted to the main corridor, via Russia.