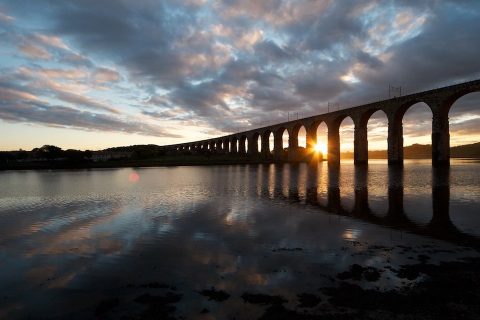 The Royal Border Bridge, which carries the East Coast Main Line over the River Tweed, is on the cusp of a year-long renovation project. Network Rail, the UK infrastructure agency, has begun a programme of works on the entire 28-arch structure, which will take all year to complete. It is the most extensive work on the almost two-centuries old viaduct since the electrification of the line in the 1980s.

The “once in a generation” repairs to the Royal Border Bridge will continue throughout 2022. The stone and brick built bridge has seen mixed traffic use since its opening in 1850, completing the last link in the 400-mile (640km) main line between London and Edinburgh. During the works, engineers will repair all 28 arches of the Grade One listed structure, which sits across the River Tweed at a maximum height of 126 feet (38 metres) above the tidal estuary. The line will remain in operation throughout the works.

Route of the Flying Scotsman

The Royal Border Bridge has been described as the most critical part of cross-border infrastructure on the UK network. Since opening, it has been an economic lifeline, delivering commercial traffic between Scotland and England, as well as an ever-increasing passenger load – including playing host every weekday to the “Flying Scotsman” express passenger train.

For much of the life of the bridge, the exchange of coal traffic was a round-the-clock operation. Now, the bridge sees intermodal traffic, as well as bulk cargo operations. High speed logistics are expected to add to the freight flows in the coming months. The bridge also accommodates the Hitachi built “inter-city express” trains, favoured by a number of passenger operators.

Not actually a border at all

The programme of structural repairs should mean that the bridge won’t require any major maintenance work for the next 30 years, according to Network Rail. “We’ll be repairing the iconic Royal Border Bridge so that it can continue to transport the East Coast Main Line between England and Scotland and crucially, be enjoyed by the community – for years to come”, said Sarah Reid, Route Director for Network Rail’s East Coast route.

Work will progress, arch by arch, over the next eleven months. the entire 2,160 foot (656m) structure should be fully restored by November. Although the designer, the famous railway architecht Robert Stephenson, originally intended that the bridge be named the “Tweed Viaduct”, permission was sought from the monarch of the day – Queen Victoria – to rename it “Royal Border”. That name is a source of some contention. Although the River Tweed which the bridge spans forms the actual border between Scotland and England for much of its length, it is at its mouth wholly in the English county of Northumberland. The East Coast Main Line crosses into Scotland 2.5 miles (4km) further north. The “royal border” itself is an unassuming stretch of moorland named Marshall Meadows. 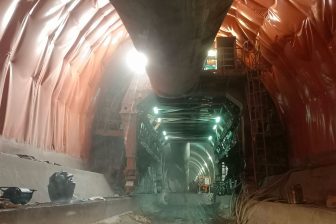