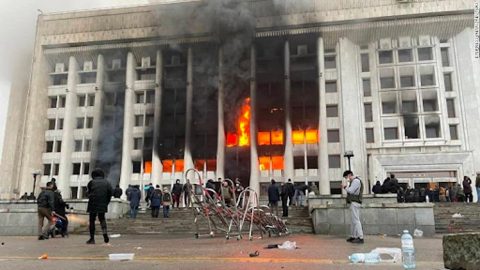 Recently, violent protests erupted in Kazakhstan over the rising price of liquefied petroleum gas (LPG). The government resigned and declared some areas in a state of emergency. As a prime transit country for the New Silk Road, it seems that the stability of Kazakhstan is a matter of concern. Is the transit of the China-Europe trains being affected by the current situation?

RailFreight.com has been informed by various sources that China-Europe trains in transit are not affected at the moment. In contrast, “trucking through the Almaty Oblast ring road is not so smooth,” explained Erkinbek Sansyzbay, advisor to the president of the International Union of Land Carriers of Kazakhstan. In addition, the GPS in the containers will be affected due to the disconnection of the internet network in the country.”

According to current information provided by a Kazakh industry source, only some passenger trains are out of service. The China-Europe freight trains have not been affected by the situation. However, it is not possible to be 100 per cent sure of how things will develop as the whole country is in a state of disconnection and communication of information is difficult. 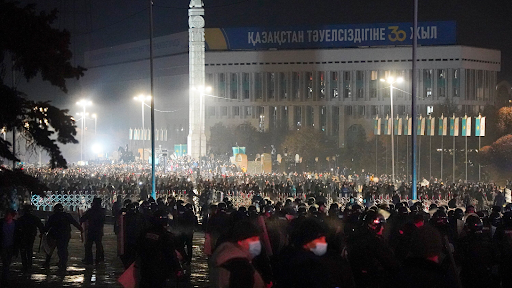 The riots were triggered by the price doubling of liquid petroleum gas (from 60 to 120 tenge, an increase of about 0.12 euros), which is used to mobilise 70-90 per cent of local vehicles. Between 2019-2021, Kazakhstan introduced a more transparent electronic trading platform for energy to level the playing field in the energy trading market. This means that government subsidies for energy prices are reduced, and suppliers no longer need to fight price wars to split the pie. This results in steep increases in energy prices in the early post-reform period (i.e. early 2022). People in the big cities, who are already worried about the cost of living, are not buying this and are protesting.

However, Kazakh insiders reveal: “By now, the protests have moved away from the demand for oil prices and have become a purely political movement, a demand for an independent and democratic change in the country. People are unhappy that they live in a country that is so rich in resources and still have to endure poverty because of the involvement of other countries. People are now not interested in rail freight. They just want freedom.”

There has been no substantial impact on China-European trains transiting through Kazakhstan, but the political turmoil has inevitably caused anxiety in the industry. Almaty, which has been most affected by the riots, is a vital rail hub through which many China-Europe trains pass.

The city, which is also an economic hub, has borne the brunt of most of the unrest. Although riots rarely directly affect freight terminals located in the suburbs, the strikes and disruptions to construction work that can be triggered can hardly leave the China-Europe trains entirely unscathed.

It would have been useful to indicate which Silk Road train use the rails through Kazakhstan.

Where is my parcel I ordered 53 days ago ? From China to UK