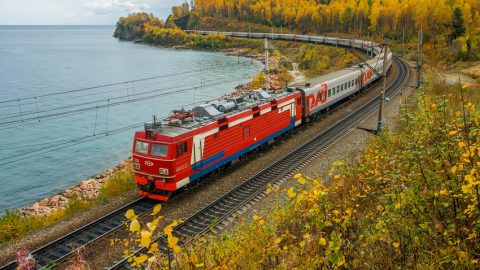 Rail freight volumes via the Trans-Siberian corridor could reach a million TEUs in 2023. That estimation is based on the current growth trends, which show that transit traffic through Russia is on the rise. In 2020, the total reached a figure of 558,157 TEUs and during the first 9 months of this year, it already exceeded these volumes with a figure of 568,700 TEUs.

This year, container traffic transported between Europe and China via Russia increased by 47 per cent compared to the same nine-month period last year, said RZD Logistics. Last year, this growth was even more spectacular: the total year volumes were 85 per cent higher than in 2019, according to FESCO, one of the main operators on the route.

If this trend continues, 2022 may well end up with a total figure of 896,057 TEUs (a 14 per cent increase) and the year 2023 with a million TEUs (12 per cent increase), estimated Aleksei Kravchenko from Fesco, who presented these numbers at the Intermodal Conference in Budapest earlier this month.

In general, the traffic volumes between Europe and China are on the rise. This has not stopped during the pandemic. In this sense, the transit traffic through Russia is part of this success. However, it still accounts for only a minor share of the total rail freight volumes between Europe and China. According to the statistics provided by FESCO, this was 3.9 per cent in 2021 so far.

Nevertheless, this share is certainly on the rise compared to 2.3 per cent in 2020 and 1.2 per cent in 2019. What really caught the interest of companies is the subsidies for Russian transit traffic, which is still in place till now, explained Aleksei. These subsidies, which were implemented in August 2020, have made the route more attractive financially. According to RZD Logistics, other factors are the expansion of the range and improvement of the quality of services, as well as infrastructure development and the diversification of transit routes through Russia. 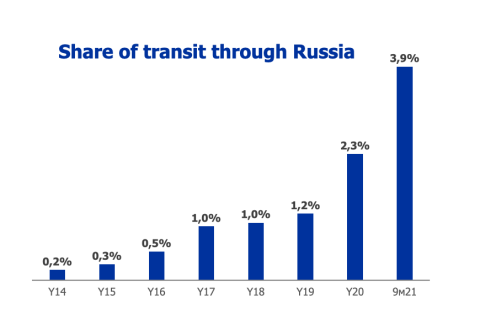 Apart from the Russian transit volumes, there is a growing appetite for alternative routes between Europe and China in general. The main route, that leads through Belarus and Poland, remains the most popular corridor, but it is also plagued with congestion and delay. On the border between Poland and Belarus, as well as the border between Kazakhstan and China delays are imminent. Added to that are the health inspections carried out by China on the border.

According to RDZ Logistics, the share of the ‘alternatives’ has been on the increase this year. Looking at westbound traffic, the main route accounted for 79 per cent in 2020 and for 68 per cent in 2021. For eastbound volumes, these shares were 90 per cent and 82 per cent respectively, explained Yulia Koslopova from RZD Logistics. Thus, in both cases the volumes via the main route have slowed down.

These last figures are based on the alternative routes that can be taken on the European side. The most popular is Kaliningrad, followed by the route via Ukraine. But also the route via St. Petersburg and Finland are mentioned, both of which lead through Russia.

Kaliningrad seems to be the main driver for the rising figures. In 2021, the route via Kaliningrad gained significant volumes. In terms of westbound volumes, the shares grew from 4 per cent to 13 per cent. In terms of eastbound traffic, it went up from 7 per cent to 15 per cent. All other routes are also growing, but still take account of a very small share of the total traffic volumes.

The most commonly used alternative to the main route via Kazakhstan is the route via Mongolia. However, coming up this year is the use of the Far East ports of Russia, most notably Vladivostok. From here, short-sea services to Japan and Korea add to the corridor. At the same time, the port is used to enter China from the east coast, with for example dangerous goods, which can not be transported through China overland.

The share of the Far East ports is still minor; it was only 0.6 per cent in 2020. But, in the first nine months of 2021 this already increased to 1.7 per cent, according to data from RZD Logistics. Expected is that these numbers will only grow, as more and more people are looking to avoid the congested borders on the New Silk Road, and even the alternatives are getting busier.

Whereas Kaliningrad has been the rising star of the last few years, the Far East ports could well be next. It is a perfect example of the diversification of the transit routes through Russia, and one that many people consider successful. Surprisingly, it is once again a multimodal solution that is gaining the attention of logistics professionals. 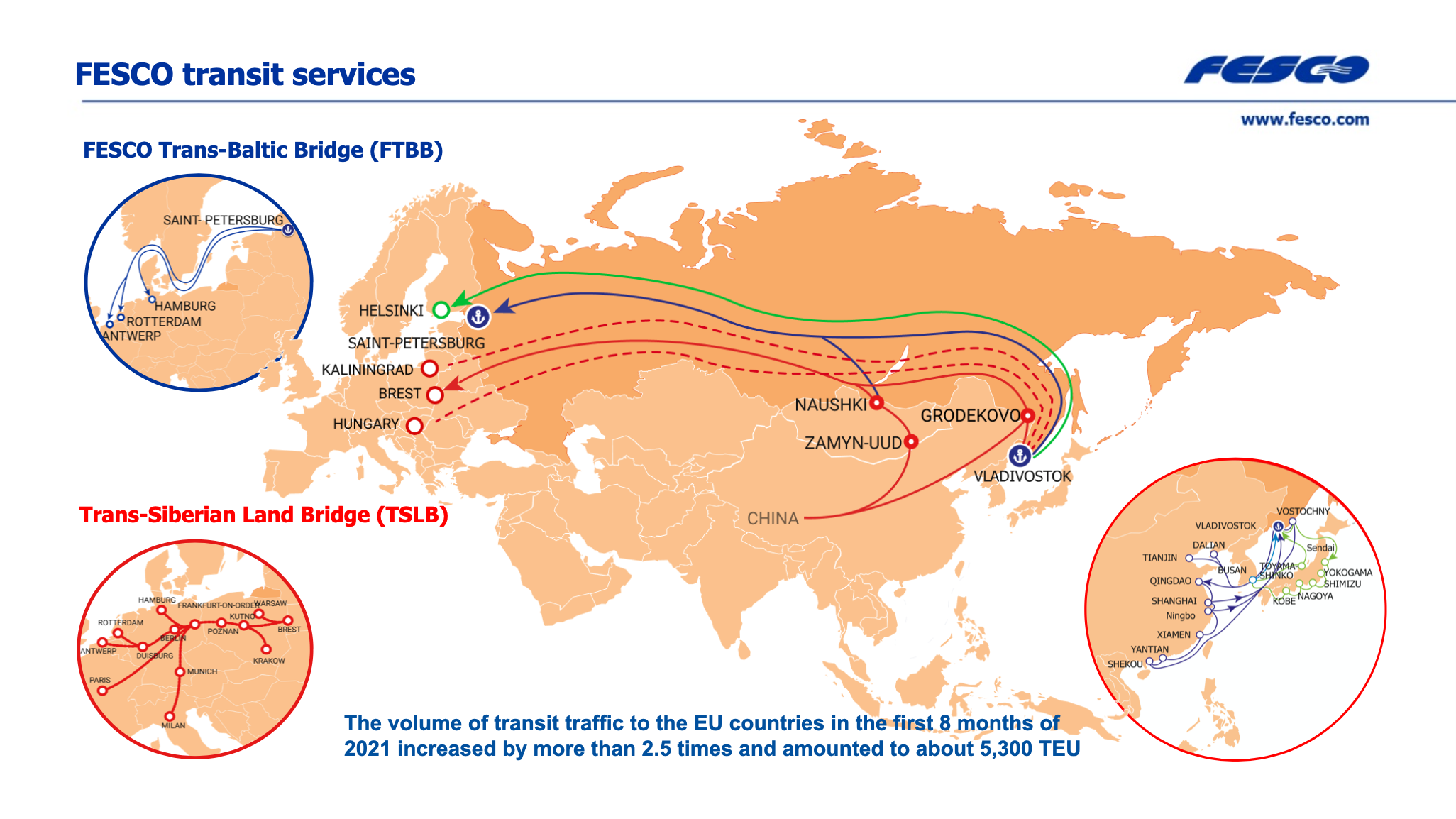 On 7 & 8 December the European Silk Road Summit takes place in Amsterdam, the Netherlands. The Russian share on the New Silk Road is one of the main topics. Interested? You can have a look at the programme here. Or, you can register here.