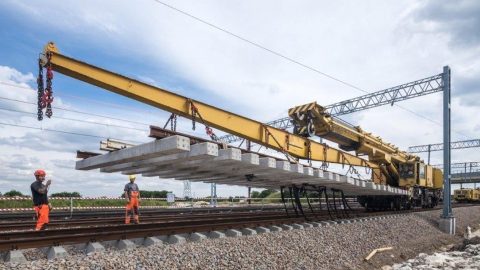 Poland is actively improving the rail infrastructure at the Małaszewicze border crossing with Belarus. Several projects including a new bridge via the Bug River should be completed by 2023 in order to increase the capacity of the railway border junction. Jakub Kapturzak, Director Rail at the Polish Ministry of Infrastructure, gave an insight about these plans at the RailFreight Summit 2019, that took place on 15-16 May in Gdansk.

Kapturzak presented six main railway projects to be implemented close to the Polish-Belarusian border. All of them are realed or will be realised by PKP PLK, the Polish rail infrastructure manager. The most important project is the new bridge over the Bug River that marks the border between Poland and Belarus. “This is a crucial point. We have two single-track bridges, we need a third one with a double track”, he said.

According to Kapturzak, the Polish and Belarusian ministers of infrastructure have agreed on the construction of the bridge on 1 March. Currently, both parties are discussing the location for this project. “The Polish side wants to construct a new bridge south from the existing ones, while the Belarusians plan to do it north”, he added. The final decision should be approved by September. That will allow constructing the bridge by 2025. “Today we can handle 14 trains per day. With this bridge and other upgraded stations, we will be able to handle 55 trains per day,” the official noted. 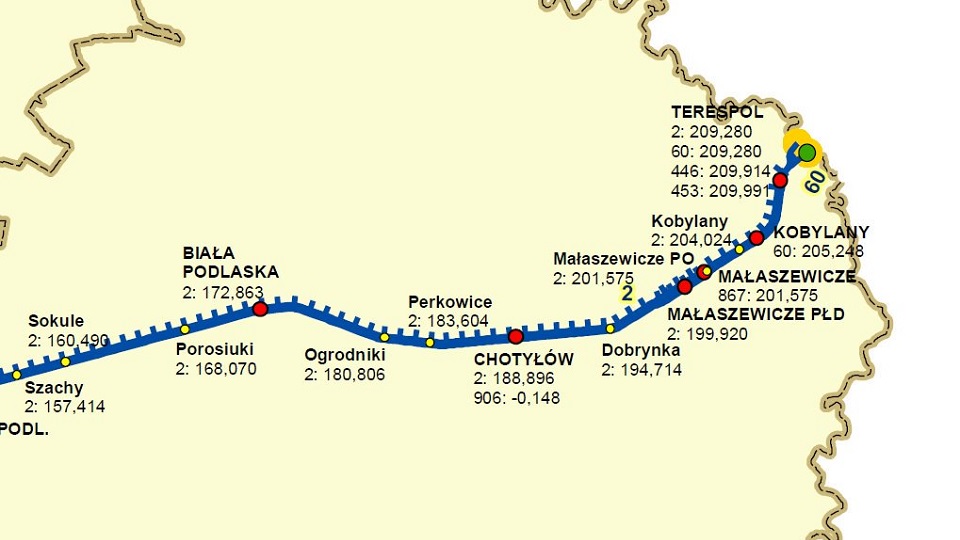 Besides the new bridge, Jakub Kapturzak also listed five other infrastructure projects. Currently, PKP PLK is modernising the stations of Terespol, Małaszewicze and Biała Podlaska. The works started in 2017 and should be finished in 2020. Also, the Polish government intends to construct a new Małaszewicze station in 2019-2023.

Mainly, these activities include track extensions or renewals at three locations:

Poland is investing in loading facilities at the Brest/Małaszewicze border crossing. Thus, PKP Cargo together with PKP PLK intends to allocate 500 million Euros for increasing the operational capacity of the Małaszewicze loading facility. According to Halina Bajczuk, Deputy Director of the Commercial Bureau for Foreign and Intermodal Markets at PKP Cargo, the company estimates that the storage capacity in Małaszewicze will be increased from the current 2.5 million TEUs to more than 15 million TEUs in 2026. Moreover, PKP Cargo invests in acquiring new locomotives and flatcars to provide better intermodal services.