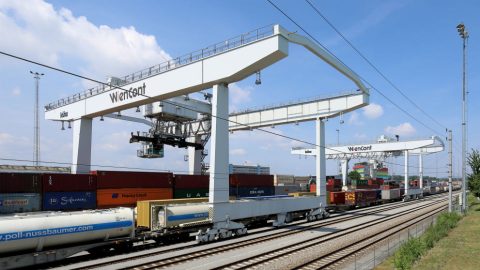 The Austrian hinterland terminal Wiencont will test the use of Google Glass this year to check incoming containers. Normally this work is done manually by taking pictures of all the elements that need to be registered. It is one of the innovations it embraces in becoming a fully digitalised facility.

Harald Jony, managing director at WienCont Container Terminal Gesellschaft will elaborate on the developments of the terminal at the conference Improving Rail Terminal Efficiency, taking place on 28 March in Utrecht, the Netherlands. The theme of his presentation: Trimodality Interpreted.

“Now we are in the transition phase until June 2019. After that, all our partners are required to use digital utilities to speed up the whole process at the terminal”, said Jony. Wiencont is situated in Vienna, at the TEN-Corridor 10 and is designed as a multimodal cargo handling facility. It provides connections to rail, road and inland waterways.

“At the road side we are now fully equipped with a photogate and IN-Gate to speed-up the retention time in our terminal, which was reduced by half. Also the process at stackers and cranes are now digitalisied with tablets to speed-up the process of lifts. This has also fastened the process”, he explained.

Automation of terminal procedures has also impacted rail freight. Wiencont now handles 20-30 per cent more trains and trucks thanks to the elimination of human labour. “The terminal is now more attractive for customers because of minimal retention times”, said Jony.

About 200,000 wagons roll through the terminal each year. It consists of seven rail tracks that can each place one complete train. The access with momentum – so called “Schwungeinfahrt” – at Terminal 1 permits efficient handling without shunting, which also saves both time and costs. The Google Glass concept is a next step in further reducing handling times.

However, there is much more than can be done to improve the efficiency of rail, Jony explained. We want to go on with the automatisation, but we need more information from the train side. The trucks are fully equipped with technologies such as GPS. But the rail sector is sometimes very stone-aged. We need more input from other technologies and other markets.”

Wiencont handles more than 100 trains a week to and from Hamburg, Bremerhaven, Duisburg, Cologne, Rotterdam, Koper, Bludenz, Hall, Budapest, Parma, Dabrowa Gornicza, Halkali and Sopron. The port of Vienna is equipped with four container crane bridges and fifteen container carrier trucks with a lifting power of up to 45 tonnes. Wiencont started its automation drive in 2017.

Apart from presenting the digital solutions of Wiencont, Jony will also take part in a panel discussion about cost of delays in a terminal. He will debate who is to pay for these delays, with Alessandro Valenti, Deputy Managing Director of Hupac and Simon Hanekroot, Senior Assistent to the CEO at Duisport.

The conference Improving Rail Terminal Efficiency takes place on the last day of the three-day exhibition fair called the Freight and Terminal Forum. As part of the larger RailTech Europe 2019, this event is held from 26-28 March 2019. Registration for this event is already open. 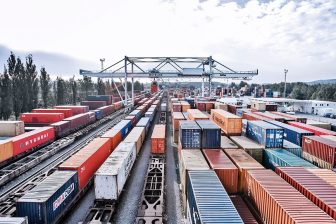 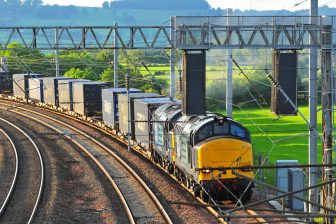