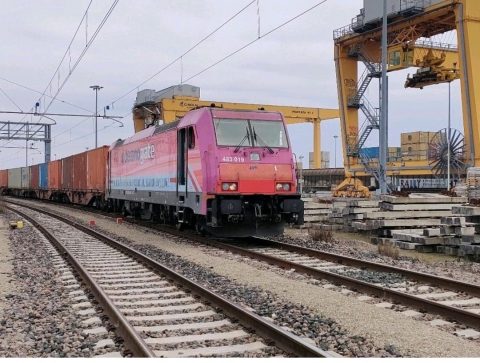 Hannibal is inaugurating a new rail freight service between Marzaglia, 50 kilometres northwest of Bologna, and Melzo, near Milan. This new service is expected to strengthen the connection between the port of La Spezia and the rest of Europe as well as China.

The first train is scheduled to depart on Wednesday, 25 January. Initially, there will be three weekly roundtrips, with a plan to extend to five in a relatively short time. The new service is suitable for P400 semitrailers. OceanoGate, a Contship rail traction company, will be in charge of the traction. The area around Marzaglia is considered strategic by Consthip since its location makes it a crossroads for both maritime and land traffic in Italy, as Hannibal specified on LinkedIn.

Goods from La Spezia can be transported to Contship’s Marzaglia terminal thanks to the service launched by the company in February 2022, which runs five times a week. From here, the cargo can now be moved to Contship’s Rail Hub Melzo and from there to European destinations, including Austria, Germany, and the Netherlands. Moreover, this service might benefit trade between Italy and China as well, Contship, in fact, operates a rail freight service between their hub in Melzo and China since last May.

Rail increasing in the Bologna area

Contship’s new Marzaglia-Melzo service is another piece of evidence of how the Emilia-Romagna region in northern Italy is increasingly embracing the modal shift to rail. Another important rail terminal in the region, the Bologna Interporto terminal, for example, has registered a growth in rail freight and a slight decrease in road transport.

The more than 5,000 trains handled by the terminal in 2022 correspond to an 8,4 per cent increase compared to 2021. In addition, the number of railcars that transited in the Bologna Interporto terminal increased by 12,7 per cent. As the terminal pointed out, truck transportation decreased by 1,1 per cent. According to a spokesperson from the terminal, it is not clear yet whether this means that volumes were moved from road to rail.