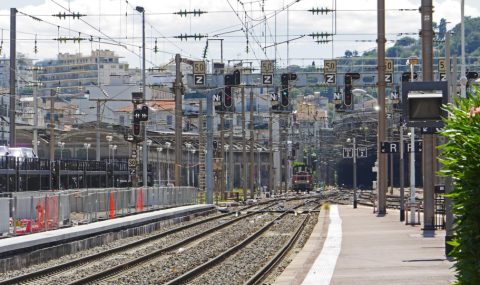 Brittany-based Lahaye Global Logistics, one of the pioneers of combined road-rail transport development in France, has called on the state authorities to intervene to limit the impact of rising energy prices in the rail freight sector.

“Our rail haulage supplier, Naviland Cargo (a subsidiary of the SNCF), has announced a 22 per cent increase in its rates from 1 January 2023, which means an additional cost of 1 million euros for us – an increase that the company will have to pass on to its customers,” Lahaye’s managing director, Matthieu Lahaye, told the Ouest France newspaper.

Customers pulling out, investments in danger

“Some (of our customers) have already warned us that they will have to pull out from this (rail freight) mode of transport,” he revealed. To date, around 20 shippers in the food industry and retail distribution in the Brittany region have chosen the more environmentally- friendly combined transport option for their shipments,

Based in Vern-sur-Seiche, near Rennes, Lahaye employs 1,700 staff and a fleet of 700 trucks. It has been operating a combined road-rail transport round-trip service between Rennes and Lyon five days a week for a number of years. “This is the equivalent of 12,000 fewer lorries on the road each year, and in March 2023, we plan to open a second link, three days a week, between Rennes and Lille,” Lahaye said. The opening of a second ‘combi’ route could lead to the creation of around 20 new jobs. Last spring, Lahaye invested 300,000 euros in the renovation and extension of the rail terminal in Rennes.

Until now, the cost of rail freight has held up well in relation to road freight, while in terms of environmental impact, the gain has been significant. In March this year, Lahaye estimated that the company’s development of combined transport had made it possible to avoid 53 million road kilometres since 2011 – 50,000 fewer tonnes of CO2 and 16,5 million litres of diesel saved. This represents a cost advantage when fuel prices are soaring but could well turn into a handicap given the steep increases in electricity prices affecting rail freight.

Matthieu Lahaye urged the French state to provide financial support “to help us get through this difficult period”, adding: “The public authorities are listening, but nothing is happening. We are doing everything possible to keep our intermodal service going, but if the government does not commit to protecting the environment, we will have to re-consider our strategy.”

Earlier this month, Fret Ferroviaire Français du Futur (Alliance 4F), which represents France’s rail freight and intermodal operators, claimed the hike in energy prices was threatening the future of the sector. Rising from 56 euros per megawatt per hour (MWh) last year to 473,51 euros/MWh next year, the electricity bill paid by rail freight operators to SNCF Réseau, France’s rail network manager, will have increased more than eight-fold, it said.

At clients, however, what soundly and sustainably provide for low cost, is robust, resilient and redundant supply chains.
Now requested are, IM:s that provide for sustainable, high quality railway infrastructure!
(Weak Link at multimodal transports, needs a sustainable upgrading!…)
However, stuck at standards no longer optimal, neither resilient, nor redundant, devastatingly “long, heavy” trains now is mantra…
Goal of EU, nearness within Market, now has to be provided for!