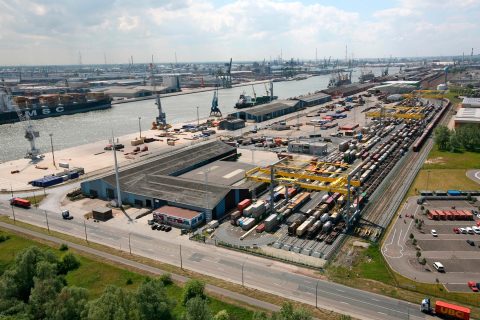 Hupac will launch a new rail connection between the Antwerp Combinant terminal and two terminals in Duisburg. The new service will be inaugurated on Monday 12 December. The two German terminals are the Duisburg Kombitermininal (DKT) and the Duisburg Intermodal Terminal (DIT).

Initially, there will be three weekly roundtrips. Via the DKT, the new service will provide a new connection between Antwerp and two hubs in central Germany, KTSK Kombiterminal in Schkopau and the STR Terminal in Schwarzheide.

The connection to the DIT, on the other hand, will allow an increase of frequency between Antwerp and various destinations in southeast Europe. As Hupac mentioned, these destinations include Vienna, Budapest, Ploiesti, and Halkali. In the image below, you can see the new Hupac timetables from Antwerp to the destinations mentioned via the DIT.