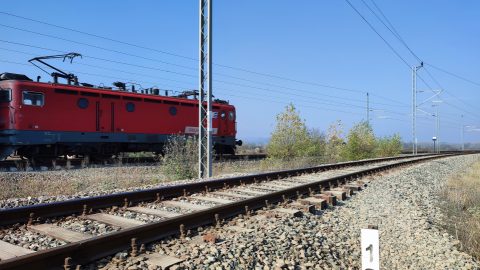 The European Investment Bank (EIB) approved a budget of 1,1 billion euros for modernising the Belgrade-Niš railway line in Serbia. The investment will contribute to the extension of the core TEN-T network in the country (Orient-East Mediterranean Corridor) and boost rail transport in the region, making it a vital passage for Southeast and Central Europe. Works will include significant modifications on the alignment of lines, the doubling of railway lines in specific sections, and the increase of speed limits, among other things.

The modernisation works will take place along a line which is 230 kilometres long. According to EIB, the investment bank is one of many involved in the project, which seems quite multi-dimensional. Specifically, apart from the EIB, the European Bank for Reconstruction and Development (EBRD), the Western Balkans Investment Framework (WBIF) and the Serbian government will also contribute to the project financially.

The Belgrade-Niš modernisation project “is part of the Team Europe Initiative and is at the forefront of the new EU Global Gateway strategy, aiming to mobilise up to EUR 300 billion in public and private investments for global infrastructure development,” explained EIB additionally.

“In the opening year, the project is expected to bring benefits to above 2,3 million annual passengers and support 9,4 million tonnes of cargo, also enabling a gradual shift to the railway as a more efficient and environmentally-friendly mode of transport,” stressed EIB.

As mentioned above, the modernisation project will entail various types of upgardes. Some sections of the line will need to be modified “significantly”, meaning that parts of it will need to be removed and put in the proper position again. Additionally, in some sections, the parties involved aim to double the tracks to provide more space for trips in both directions.

The most information available concern the Stalac-Djunis section of the line, which will acquire a second set of tracks, and works will optimise the train speed limits to reach up to 160 kilometres/hour. The remaining works will focus on upgrading the existing line with electrification and other improvements.

EIB will not be the only financial institution providing a budget for this investment. It was mentioned that other parties would also contribute with substantial financing. For instance, EBRD will provide Serbia with a 500 million euros loan to carry out infrastructure upgrades between Belgrade and Niš.

The EIB and EBRD investments will total amount to 1,6 billion euros. According to the EIB, the estimated needed investment for the Belgrade-Niš line upgrade is roughly 2,8 billion euros. As a result, in this way, it is understandable how much the rest of the parties involved, like
the Serbian government and WBIF will contribute to the project.

Serbia favourite spot of China too

Besides European institutions pouring money into the Serbian transport market, China also gets its share in investments; however, in the north of Belgrade. A few months ago, the first section of the Belgrade-Budapest line was inaugurated and put into operation. Specifically, it was the Belgrade-Novi Sad section. Interestingly, China is the sole investor in the line’s construction, which is considered critical in the context of the Belt and Road Initiative and the Silk Road network.

Understandably with so many different investments taking place, it won’t be long until a fully operational and modern railway line crosses Serbia on the way to Hungary in the north and all the way to Greece in the south. The operation of such a line will not only facilitate the TEN-T expansion in the Western Balkans, but it will also reconfigure the significance of the Balkans in the Eurasian supply chain.