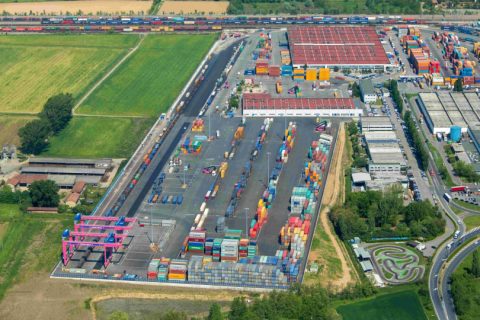 The frequency of transalpine trains transiting between the Rail Hub Milano and RSC Rotterdam will reach 13 weekly roundtrips in January 2023. Hannibal will keep crossing the Alps, and apart from the historical pun, this development means more trains and volumes between two major economic centres.

The daily service between Melzo and the port of Rotterdam was initiated in 2017. Since the beginning, the connection has been characterised by frequent train trips.

“We are very happy and proud to have been able to realize this important development on our main international route. Despite the well-known difficulties related to limited railways capacity and international infrastructure works, the frequency is increasing in order to improve the service to our customers from Italy to Northern Europe,” said Andrea Spagnuolo, sales and business development manager at Hannibal.

In a LinkedIn post, the Italian company, which is a subsidiary of Consthip Italia, mentioned that this increase in frequency is not the only thing to expect. “Stay tuned because the news is not finished yet!” commented Hannibal, that seems to be on a streak regarding transalpine connections towards the European north.