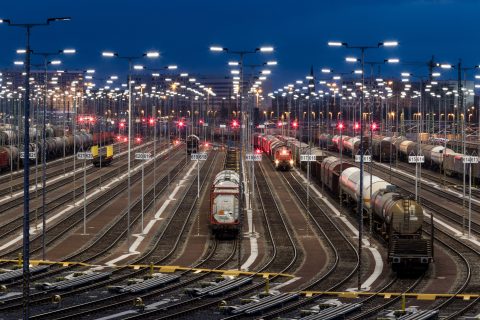 Berlin-Hannover railway line remains closed, too much gas in the air

The Berlin-Hannover railway line will remain closed until at least the end of November. The collision that took place on Thursday between two freight trains has caused damage to the overhead lines. What is more, the area is not yet cleared from the gas that escaped from the damaged tank wagons.

On Thursday morning, a freight train, which stopped at a railway signal near Gifhorn, was hit from behind by another that did not stop. The second train was carrying 25 wagons loaded with propane gas, which started to leak after the collision and consequent derailment.

Deutsche Bahn initially announced that the busy railway line would be closed until at least Tuesday, but it reassessed the time needed to repair over the weekend. “Due to a route closure, there will be delays and cancellations between Berlin and Hanover until at least Sunday, 27 November 27 2022”, it wrote on Sunday evening.

Too much gas in the air

The reason for this is an increased concentration of gas in the air, the news website NDR reports. On Saturday evening, the emergency services had to interrupt their work because of this. They had counted on the wind to evaporate the gas, but the wind was not as strong as expected. This could result in an explosive, dangerous air-gas mixture, the local news site reports citing emergency sources.

The repair of the overhead lines can therefore not be commenced as soon as planned. The four tank wagons filled with propane gas, as well as an empty wagon and locomotive still remain on the track as well. These issues can only be resolved after the gas has been disseminated.

Many long-distance trains are currently being diverted. The busy line mostly facilitates passenger traffic, but also freight trains run on the route. Freight trains will be diverted via Uelzen until further notice. Delays and cancellations should be expected.

Collision: Berlin-Hanover line closed at least until the end of the weekend

1 comment op “Berlin-Hannover railway line remains closed, too much gas in the air”

A pity it is, but the on shore mode, formerly by far safest and most energy effective, now is plaguing, society, by being the vulnerable.
(“Optimal maintenance”, predictive, by Big Data…, etc, is Symptome, of an industry, currently not optimal…)
Too well, documented, by scientists, etc., etc. flora of risks, of broken rails…, etc., now have to be outed, from infrastructure!
A New Old Railway, is needed and urgently, decisively – to be constructed – corridor, by corridor!