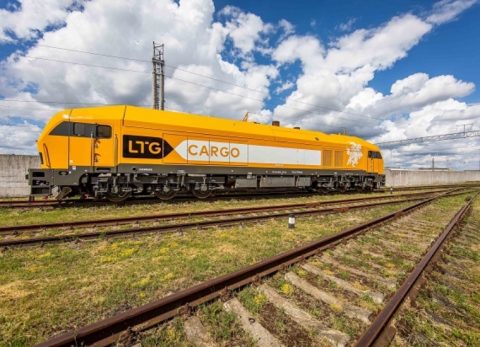 LTG Cargo carried out the first test run of their new rail freight service between the Kaunas Intermodal Terminal and the port of Trieste via Duisburg. The new service is expected to connect Lithuania with Turkey and other countries in the area through the Italian port, as LTG Cargo CEO Egle Sime underlined.

The two routes, Kaunas-Duisburg and Duisburg-Trieste, were already in place. However, customers can now combine them to transport their goods from Lithuania to Italy.

The result of the Italy-Lithuania MoU

Once the service is activated, trains will run twice a week to the port of Trieste and the Cervignano container terminal, less than 60 kilometres from the port. Trieste will be the destination for cargo that needs to be shipped further away. Cargo with the North of Italy as the final destination will be transported to the Cervignano Intermodal Terminal.

During the first test run, semi-trailers were transported from Lithuania to Germany and from there sent to Italy. The test run was launched two months after an MoU was signed, on 6 September, by the Italian and Lithuanian ministries of transport. At the meeting in September, the parties discussed the feasibility of a direct connection between Kaunas and Trieste.

A direct Kaunas-Trieste rail connection, however, still seems far, as the port operator Alpe Adria pointed out. The parties involved have highlighted the difficulties behind finalising such a project. For example, it would not be feasible at the moment. Moreover, connecting Kaunas and Trieste is part of a bigger rail network that aims at linking northern and southern Europe.

“The continuation of this route will be the Amber Train project connecting Kaunas and Tallinn,” the Lithuanian Ministry of Transport said. The Amber Train was reactivated in mid-September and its purpose is to boost the shift to rail in the Baltic countries and Scandinavia. The service was reinstated to make up for the volumes the Baltic countries lost when traffic to and from Russia was significantly reduced.

For sake of Scan Med, this is very interesting – and priority?
Redundancy is requested at any service claiming robust (high quality)!