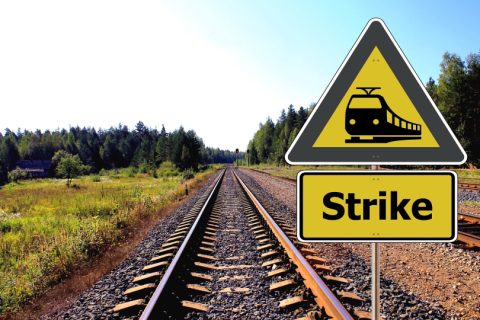 Port and rail strikes are becoming a global trend lately and another burden or maybe a necessary evil for the supply chain. Following the massive UK strikes in August and September, South Africa faces the same issue over a wage dispute. The strike’s impact might seem like a domestic headache, but it could also acquire international dynamics.

The country’s United National Transport Union (UNTU) and South African Transport and Allied Workers (SATAWU) unions are at the strike’s forefront. As mentioned, the strike resulted after a wage dispute with Transnet, South Africa’s port terminal and rail operator. Specifically, the dispute began after the two unions rejected Transnet’s offer for a 3 per cent wage increase, saying that it does not correspond to the country’s inflation rate, which is up to 7,6 per cent.

UNTU started the strike on Thursday, 6 October, while SATAWU joined on Monday, 10 October. Workers associated with the two companies are the backbone of port terminals and rail freight operations. With no specific timeframe for industrial action, crucial transport links connected to the global supply chain are set to experience disruption.

At a time when coal is needed the most

What is important to mention in this case, apart from the strike’s particulars, is Transnet’s role in South African freight transport. Transnet is an umbrella company that operates rail freight, port terminals, rail engineering works, pipelines and more. Understandably, it has a monopoly in all transport-related projects in South Africa, or as the company likes to illustrate, it “is the largest and most crucial part of the freight logistics chain” of the country.

One of the company’s critical tasks is the transport of coal and iron ore by rail for export purposes from South African ports. With the strikes, these products will stagnate, and large volumes will remain stuck in terminals or production sites without being exported to foreign markets. As Thungela, one of the leading producers and exporters of thermal coal, explained in South African media, in case the strikes escalate and extend, the result would be approximately 300,000 less exported tonnes of coal.

Since coal has started to be a critical asset in terms of energy production in Europe, cutting down on South African exports would impact the supply chain and the energy market, which is already struggling with high prices.