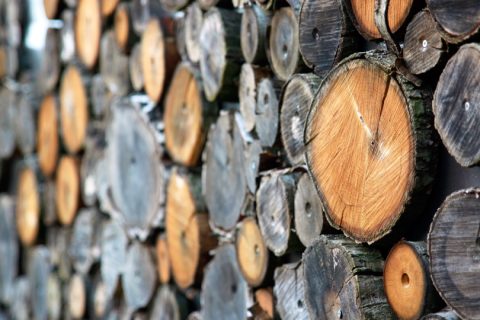 For VR Transpoint, raw timber transport has always played an integral part in its logistics business with large volumes. For instance, in March 2021, the company reached almost a million cubic metres of transported wood, signalling the growth trend in this business segment. Yet, in the past months, some developments related to the sanctions imposed on Russia posed some challenges to timber transport.

On the one hand, VR Transpoint decided to cut off transport ties with its neighbouring country. For the record, the Finnish company owned a subsidiary, Finnlog, which specialised in timber transport between Finland and Russia. Understandably, the traffic stoppage would mean that those timber flows would seize to exist. On the other hand, VR Transpoint’s customers also pushed toward finding new sources for the product to avoid reliance on the Russian market.

As a result of these developments, there was a need to reapproach timber transport and supply. The first step that it took was to re-orient its flows which are now mostly domestic.

“Raw timber logistics is currently experiencing a remarkable change. Wood for the forest industry’s needs is increasingly being procured from within Finland’s borders. We have reorganised our raw timber transport concept on a very fast schedule to meet the changed customers’ needs. We have been able to meet the growing transport needs with the domestic wagon fleet, and we are ready to make additional fleet investments if necessary in the future,” highlighted VR Transpoint director Eljas Koistinen.

It must be noted that early in 2022, VR Transpoint made a significant investment in raw timber wagons, an efficient wood loading concept, while it deployed state-of-the-art locomotives for the services in the context of a dedicated partnership with Metsä Group, owner of a bio-product plant in Finland.

Since timber transport by rail started taking place only within the Finnish borders, VR Transpoint had to adjust its transport model in accordance with customer needs. The company explained that the new way to go was by establishing an efficient shuttle train network which functions with short train rotations. Specifically, trains run only between timber loading points and one plant, allowing for fast loading procedures and multiple daily trips. On top of that, train schedules were adapted in this new condition to free as much capacity as possible for the trains to run.