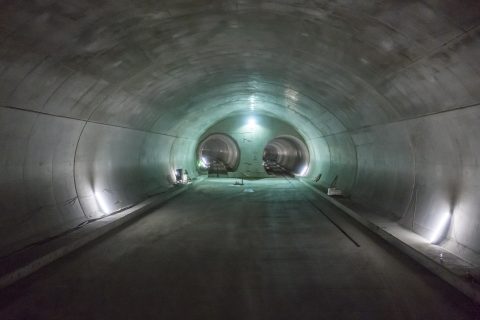 The Italian railway company Rete Ferroviaria Italiana (RFI) has launched a procurement for 970 million euros for the Trento rail bypass, in north-west Italy. This bypass is vital, as it is part of the Verona-Fortezza railway line, which will give access to the south entrance of the Brenner Base Tunnel once it is ready beginning of the next decade.

The value of the tender, published in the Official Journal of the Europan Union, is 970 million euros. Of these, 930 million euros will be financed by the Recovery and Resilience Facility (PNRR). The works will consist of the realisation of a new double-track railway line, roughly 13 kilometres long. 11 kilometres of the line will be in a twin-bore tunnel.

The new section will be connected to the Verona-Brenner line in Roncafort, a neighbourhood north of Trento. Paola Firmi, Head of Technical Department at RFI, was named Special Commissioner for the project after a meeting with all stakeholders involved.

The Brenner Base Tunnel

When finished, the Brenner Base Tunnel will be 55 kilometres long and will connect Innsbruck, in Austria, with Fortezza, in the autonomous province of Bolzano, in Italy. The tunnel is a key element of the 425-km-long Brenner railway line, running from Munich to Verona. In total, over 230 kilometres of tunnels will be dug for the project. Freight trains will be able to travel at speeds up to 160 km/h through these lines.

The project is being supervised by BBT, a European public limited company for the construction of the tunnel. BBT is co-owned by Austrian railway company ÖBB and Tunnel Ferroviario del Brennero (TFB). TFB is owned by RFI and the provinces of Trento, Bolzano, and Verona.