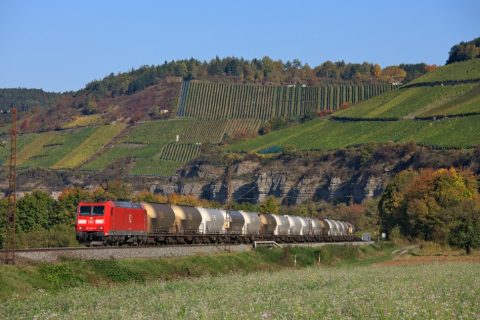 After coal, which is set to monopolise the German railway network for the coming winter, hydrogen will also play a significant role in transported volumes. DB Cargo developed a strategy for hydrogen transport between ports and the German hinterland, attempting to substitute Germany’s nonexistent pipeline infrastructure.

DB Cargo’s solution is not very detailed but is practical. Moreover, it is urgent since hydrogen will probably champion during the following months in what the German federal government calls an “energy mix” that will try to substitute lost energy sources from Russia. With deals already in place to transport liquified hydrogen to German ports by various suppliers, the remaining question is how it will reach energy production plants.

What is the plan?

From a practical perspective, Germany does not lack hydrogen suppliers but the infrastructure to move the green fuel to its hinterland and industrial partners. “We have developed a solution for this that brings the hydrogen easily and efficiently from the ports to the consumers in the hinterland, especially to our industrial customers,” said Dr Sigrid Nikutta, head of DB Cargo AG.

“Transporting hydrogen by train is one of the main priorities for DB Cargo in the future. The concept represents an efficient alternative to pipelines for hydrogen because they don’t exist yet,” communicated the German company.

Implementing the vision in practice should not be that complicated. “Green hydrogen needs green logistics – and we can already offer that today,” highlighted Nikutta. DB will deploy a hydrogen rail network plan in cooperation with suppliers. Hydrogen will arrive in German ports in liquid form, loaded in typical tank wagons used to transport chemicals. As a result, transhipment from sea vessels to trains will not be complex.

DB Cargo claims that the easiest part of its plan will be network capacity and equipment. Regarding the latter, DB already has the experience and resources to transport hydrogen since it is already involved in similar projects. Simultaneously, it participates in developing new hydrogen containers that could be a game-changer in the fuel’s supply chain. As for the network capacity, this is a burning question that the company will need to answer in practice. With coal transport prioritisation in Germany’s immediate plans and the German network facing multiple impairments, how will trains substitute hydrogen pipelines efficiently?

The developments in sustainable rolling stock and the associated infrastructure such as recharging and refuelling, are the central theme of the Rail Infra Forum on 12 and 13 October in Berlin. From alternative fuels and batteries in passenger rail to on-track machines, and from recharging batteries under catenary to hydrogen refuelling. The programme and speakers can be found on the event website.

As Device, for large scale transports, with ambitions, for added market share, however DB et conc., Industry, now has to prove the reliable partner.
Capacity has to include resiliency. Accordingly infrastructure shall prove robust, etc. Regrettably, the opposite, now is “state of the art”.
(Repairing, “predictive” or not, no longer shall be named maintenance…)
As, at other public service rendered, serious safety factors shall be present, based upon low and limited systems forces, etc.