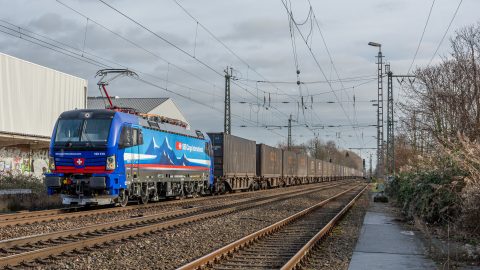 What is the future for single wagonload traffic in Switzerland?

“Either the federal government sticks to its self-finance and tries to improve the situation in advance with incentives,” Sommaruga highlighted, “or we can modernise and develop single wagonload traffic together with you, with the industry”. Single wagonload traffic remains significantly relevant in Switzerland in the process of decreasing road transportation in favour of rail. However, if it is not sufficiently cost-effective, companies may turn to the road, where it is easier to transport smaller volumes.

More trucks on the road or single wagonload traffic?

The first option highlighted by the Councilor would be the federal government continuing to self-finance. This choice, Sommaruga said, “would inevitably lead to the cessation of single wagonload traffic”. This solution would result in more cargo being moved back on the road and trains available only for transporting larger volumes.

The second option would imply a process of modernisation of single wagonload traffic. This would “ensure a permanent security of the network offer. An offer that ensures transport between the most important logistics centers and production sites,” Sommaruga commented. She also pointed out that “this option requires federal funding”.

Single wagonload traffic means that individual wagons or groups of wagons from different shippers are loaded on one single train and delivered to a collection point. Improving single wagonload traffic would likely benefit smaller businesses that are willing to use rail for shipments. This is because they are often unable to fill a whole train with goods.

During her speech, Sommaruga also mentioned that SBB Cargo, the national rail freight company, will need to adapt to new standards to earn financial support from the federal government. “SBB Cargo must reposition itself and make the operation of single wagonload traffic more efficient and market-oriented. SBB Cargo must also be open to new business models in cooperation with private railway companies,” Sommaruga stated.
Also read: