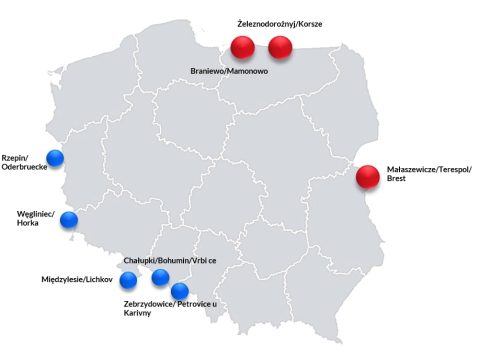 Published on 23-08-2022 at 09:37
The most important border crossings for intermodal traffic. Source: UTK

The Polish Office of Rail Transport (UTK) has published the figures for 2021 concerning intermodal rail service for both domestic and international transport. Intermodal rail service in Poland grew between 2020 and 2021 in both TEUs and total tonnes transported. In international trade, the southern border is still behind when compared to the Eastern and Western ones.

When it comes to domestic transport, UTK claims that it mostly involves the movement of cargo between intermodal terminals. Said terminals are used to transport empty containers or to assemble trains from wagons that need to be transported from other locations in the country. 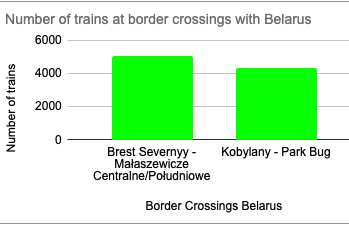 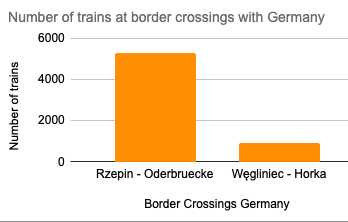 The Southern border with the Czech Republic, on the other hand, is still trying to gain relevance. As the graph shows, only 2,030 trains crossed the border in 2021. ​​As UTK pointed out, “the number of trains in direct services to Poland’s southern border is still low”. 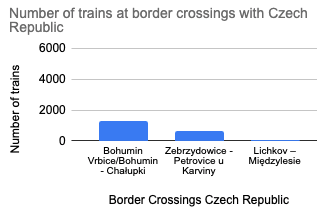 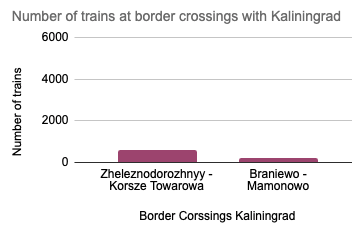 Do you want to learn more about Poland and its role as a rail freight hub? On 7 & 8 September, the industry gathers in Warsaw for the 5th edition of the RailFreight Summit. You can register for this event here.