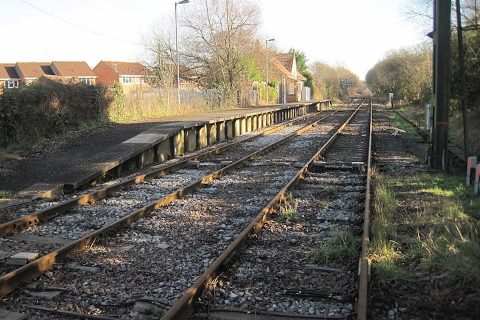 Network Rail, the British infrastructure management agency, has launched a consultation on plans to reintroduce passenger services on the moribund freight-only railway between Southampton Central, Marchwood and Hythe, in Hampshire. Campaigners however will be slightly disappointed that the proposals only go halfway down the peninsula, and are not slated to reach Fawley town itself.

Network Rail is inviting communities along the Waterside area, on the edge of Southampton Water and the New Forest, to find out more about proposals to run passenger services on the freight-only railway for the first time since 1966. A public consultation along the railway is being held until the first week in September. The project is sponsored by the Department for Transport’s (DfT) ‘Restoring Your Railway’ initiative.

Significant investment in the future prosperity of the area

Proposals have been developed to bring passenger services to the communities of Marchwood and Hythe. The proposals would see passenger services running from Southampton Central to an upgraded station at Marchwood and a brand-new station in Hythe. Network Rail say the latter would also serve as a railhead for Fawley, although local campaigners would prefer to see the line reopened along its entire length, despite some challenges with crossings and industrial infrastructure.

The line has only been used for occasional freight workings, to a refinery at Fawley, and infrastructure proving trips for several years. The new passenger services would improve connectivity by linking the Waterside area with Southampton. “Network Rail’s proposal to restore a passenger service to the Waterside area after almost six decades are hugely exciting and I hope local communities will make their views known during the consultation period, said Alex Foulds, South Western Railway’s major projects director, whose company would be the train operator on the line. “The proposed service would be a significant investment in the future prosperity and sustainability of the area, complementing existing transport links, supporting neighbourhoods and jobs, as well as taking pressure off local roads.”

“The communities of Marchwood and Hythe are very different to when the line was closed to passenger services 56 years ago”, said Mark Killick, Network Rail’s Wessex route director. “We believe our proposals would support those communities today and as they continue to grow into the future.”

A recently approved development in Fawley, which is set to create 1,500 new homes and provide 2,500 jobs, would be well served by Network Rail’s proposals, claims the agency. Since the project does not actually reach to town, that may be why the project has been renamed “The Waterside Line”.