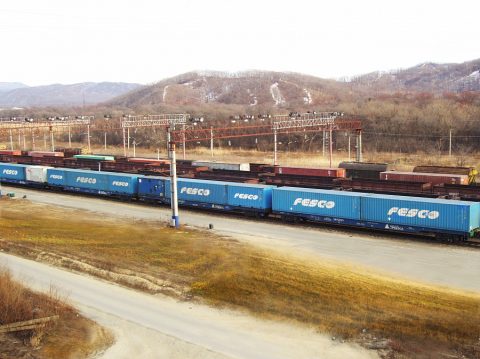 The port of Vladivostok has proven to be a driver for growth of FESCO’s multimodal transport, with a 19 per cent year-on-year increase this first half year. It was the transloading hub for cargo to and from China, Japan, Korea, and most recently Vietnam.

In the first half of 2022, FESCO Transportation Group increased foreign trade cargo transportation via the Far East ports from 110,000 to 131,000 TEU. “Exports from the Far East ports of Russia to the countries of the Asia-Pacific Region rose by 21 per cent, while imports increased by 18 per cent” comments German Maslov, vice-president of the Linear & Logistics Division of FESCO.

The growth was demonstrated by the China Express, Korea Express and Japan Trans Siberia Line, but also and most particularly by its new Vietnam Direct Line. This service was launched in May 2022. As of the beginning of August, FESCO ships involved in the new service made four voyages and transported 2,050 TEU of export cargo and 2,200 TEU of import cargo.

Apart from the service to and from Vietnam, FESCO plans to launch new multimodal routes between Vladivostok and Indonesia, India, Taiwan and other countries of South-East Asia.

FESCO controls the Commercial Port of Vladivostok, rail operators Transgarant and Dalreftrans, operator of container platforms Russkaya Troyka, dry terminal facilities in Novosibirsk, Khabarovsk and Tomsk. It is an asset that has only increased in importance since the outbreak of the war in Ukraine, as trade between Russia and its eastern markets increased.

The potential for development of the Far Eastern port lies in the ability to extend long-distance connections to Japan and South Korea by short sea freight. At the same time, the port’s cargo can enter China directly from the east coast, providing an alternative to dangerous goods such as lithium batteries, which are banned by Chinese railways.