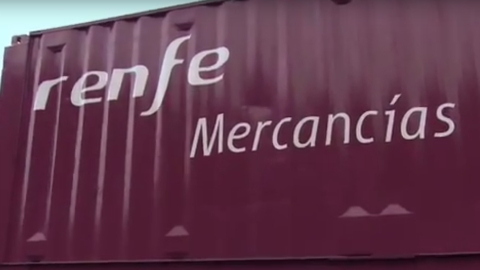 Spain is testing the possibility of transporting grain by rail instead of ship. On Tuesday, 25 empty 40-foot containers were sent from Madrid to the border between Poland and Ukraine. These will be filled with 600 tonnes of Ukrainian corn, to be returned to Barcelona.

The test is an initiative of the Spanish ministry of Transport, Mobility and Urban Agenda, in an attempt to find alternatives to the shipping route, which is vulnerable to political turmoil. The ports of Ukraine had been blocked from the world for months until Turkey and the UN negotiated a shipping route in July.

Although grain can be shipped out of Ukraine now, there is an enormous pressure on the supply chain. Finding alternative routes is not a luxury. The ministry said it is studying the technical and economic feasibility of regularly shipping grain from Ukraine via Poland.

While the empty containers departed from Madrid and passed through Ludwigshafen, Duisburg and Lodz to reach the Ukrainian city of Chelm, the return trip takes through Lodz and Duisburg, to finally reach Barcelona Can Tunis. This is a 2,400-kilometre journey, which is expected to take a little over two weeks.

The train journey is operated by Renfe Mercancías until it reaches the Lodz terminal of logistics operator Kombiverker. The transfer between Lodz and Chelm is carried out by the Polish rail operator DBP.

1 comment op “Ukrainian grain on the train to Spain: if it works, no ship needed”

For clarification:
1. “Chelm,” as in Chełm, the Polish town near the Dorohusk-Jahodin border crossing towards the Ukrainian Kovel?
2. “[…] the Polish rail operator DBP,” as in Deutsche Bahn (DB) Cargo Polska?
Thanks!