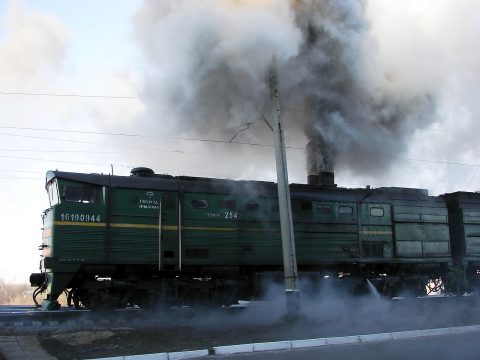 Following negotiations on 28 June, European Union Environment Ministers have agreed on a general approach for the reform of the EU Emissions Trading System (ETS). Now that both the Council and the European Parliament have their positions in place, negotiations can commence on a final agreement to deliver the goals of the Fit for 55 legislative package. This is good news for the rail industry.

The Community of European Railway and Infrastructure Companies (CER) has high hopes that this final agreement will include carbon pricing for all transport modes, which will in turn lead to a more level playing field. Moreover, intelligent use of ETS revenues could mean more investments in rail infrastructure, something that is likely to be agreed upon as well. In this article, we explain in six steps what this means for rail.

The EU Emissions Trading System (ETS) is a policy tool dating from 2005 and is currently being revised, as part of the Fit for 55 package. The ETS sets a cap on the permitted greenhouse gasses that installations can release, while at the same time granting permits to companies for purchasing, or trading carbon units.

These permits are reduced over time as an incentive for companies to switch to greener energy sources. This partly explains why energy prices increase. There is a higher demand for something that is less available. However, the sudden economic recovery in spring this year, followed by the gas export restrictions from Russia resulted in an even higher, unanticipated demand, and thus an ever higher price increase.

Why does it need to be revised?

The principle of ETS sounds like a good idea, if only it were applied to all transport modes. This is what is likely to change now. Part of the ETS revision is that it is expanded to road transport, maritime and aviation, all more polluting transport modes than rail. A separate new emissions trading system for fuel distribution for commercial road transport shall be established on 1 January 2025, is the proposal.

In practice, this means that rail companies will have a level playing field with road haulage because external costs for CO2 emissions will be balanced. Rail already covered most of its external costs, partly by paying for ETS allowances. Customers of road transport and aviation do not pay for the full amount of carbon emitted.

What is in it for rail?

Apart from the level playing field, there is another reason for joy in the rail freight industry. As a result of the revision, the revenues from carbon pricing will be higher, which means there will be more funds to support more environmentally friendly transport modes.

The CER has long argued for these funds to be used for the railway infrastructure in Europe, and it now seems to find consensus on this. The European Parliament proposed that 10 per cent of ETS revenues should be used for sustainable transport including rail. This is less than the 25 per cent proposed by the CER but yet considered a good step forward by the association. Funds could be used for the completion of the TEN-T core network, bridging missing links and removing bottlenecks as well as optimising the use of digital infrastructure, it earlier stated.

How much are we talking?

In terms of revenue, what do ETS allowances deliver? In 2019, Member States generated 14 billion euros from auctioning ETS allowances. ETS expansion to road transport could bring in 50 billion euros a year at the current prices. Until now, less than 5 per cent of the revenue generated by ETS and fuel excise duties are allocated for sustainable transport modes.

Moreover, a Social Climate Fund has been proposed to support vulnerable households, micro-enterprises and transport users. Measures to encourage a shift to public forms of transport and improve multimodality will help build an energy-efficient zero-emission mobility that is affordable.

What more does rail want?

Is this the final dealbreaker for the railway industry? if it is up to the CER not. As explained, a side effect of the ETS pricing is higher energy prices. This weighs heavily on the rail sector too. As a major consumer of electricity, rail pays around 500 million euros per year into the EU Emissions Trading System. This will only increase over the years.

In the opinion of the CER, there are certain sectors that require more, and also certain that require less support in the energy transition. Although it fully supports the ETS reform, it also points out that “lowering taxes and charges for electric traction would help rail to ensure that exactly those transport modes which are dependent on electricity (and which are the most environmentally friendly) are not disadvantaged.”

With this, it is pointing towards the Commission’s proposal to align taxation of energy products, which will trigger relatively higher minimum levels of tax rates for carbon-intensive transport fuels. “Electric mobility such as rail should no longer be penalised. This requires a carbon price for all transport modes.”

Towards this end, the Parliament wants to introduce a bonus-malus-system to incentivise best-performers and innovation and reward the most efficient installations in a sector with additional free allowances. “We now look forward to a smooth start to negotiations between the European Parliament and the Council. We need a new ETS soon, and we will insist on a smart combination of both positions into one text”, CEO of the CER Alberto Mazzola concluded.

CER suggests that at least 25 per cent of the expected revenues from the new ETS should be allocated to further develop the railway system, such as the completion of the TEN-T core network for rail, bridging missing links and removing bottlenecks on the railway infrastructure network in Europe as well as optimising the use of digital infrastructure.

Simply, when upgraded to and safely allowing for the allowed load and traffic, then capacity and utilisation of existing is added, thus a win win and an investment, worth Name is performed, favouring all EU members.
However, in favour of a minority “earmarked” extras, imposed upon majority – and just spent – neither is Fair Trade, nor at words and spirit of EU membership.
For favouring majority, a timely, a New Old Railway is needed, accordingly duly now to be awarded a timely infrastructure!