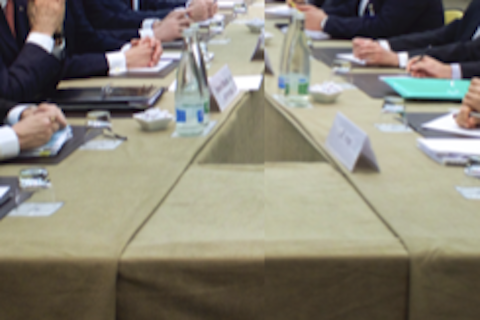 The prospect for a resolution to the current rail dispute in Britain seems even further down the line. A deal is less likely now, at the end of a week of strike action. With the network in England, Scotland and Wales crippled on Saturday, the dispute that started on midsummer’s day seems more likely than ever to be raging come midwinter.

Talks between rail bosses and union leaders broke down early on Friday afternoon. That condemed Britain to a third day of strike action to round off a week that has been less than pleasant on Britain’s railways. With the exception of Northern Ireland, the rest of the UK has been enduring a walk out by members of the RMT trades union, including Network Rail signalling staff. The UK government has refused to involve itself in talks and now the heat is turning up with both sides entrenched.

The transport secretary, Grant Shapps, has tacitly admitted to losing this week’s battle for Britain, but his ruling Conservative Party seems intent on winning the war. The government says it will act to make it easier for businesses to use temporary staff to help ease disruptions caused by strike action.

This is clearly a development of the ‘agency workers’ idea floated earlier in the week and dismissed by critics as a distraction and impracticable. However, in a protected dispute, there is scope for breaking the deadlock with this strategy. Observers though say that a more likely outcome is legislation imposing a ‘public service obligation’ on the railways, forcing unions to provide cover for a minimum service level, regardless of the terms of any dispute.

The freight industry has responded with concern. Maggie Simpson, the director general of the Rail Freight Group said with some resignation that things had gone as well as could be expected.“We have been planning ahead for weeks and so have our customers”, she said. “Many have been bringing loads forward and stockpiling where they can.”

Freight trains have been getting through but at a fraction of the usual numbers. Maggie Simpson estimates around twenty per cent of normal services have been running. “We have been concentrating on critical flows, supermarket goods and consumer goods, but it is true, our members are having to prioritise.”

The rail freight sector estimates that this week has actually seen 60 to 70 per cent of normal traffic levels. That is despite three strike days interrupting operations. It is not a state of affairs Simpson believes can go on. “People have really got to get around the table and resolve this issue”, she said. “We are fearful of a protracted dispute. The logistics market gets business moving into the autumn and winter seasons.”

If the dispute lasts that long, the government is determined to bring new weapons to bear. Despite the best efforts of militant union leaders to bring our country to a standstill, it’s clear this week’s strikes did not have the desired impact”, said Grant Shapps in support of the new planned legislation. “However, far too many hard working families and businesses were unfairly affected by union’s refusal to modernise. Reforms such as this legislation are vital and will ensure any future strikes will cause even less disruption and allow adaptable, flexible, fully skilled staff to continue working throughout.”

Meanwhile, the union at the heart of the dispute, the RMT, has pledged that it will call for more strikes soon. “We want a deal that provides us with job security, defends our conditions and gets us a pay deal”, said Mick Lynch, the union’s leader. Current legislation will require the union to give a further two weeks’ notice. A week may be a long time in politics, a fortnight could be an eternity in industrial relations.

Government is cleverly using the term ‘modernisation’ because it is a trap. It is language deliberately chosen to portray the railways as living in the dark ages to facilitate cuts. However railway workers are rostered Saturday’s& Sunday’s the same as any other days. The sheer amount of propaganda that has been fed to the media about Railway workers and so called mythical ‘Spanish practices’ is all intended to force cuts which is damaging safety and morale among the workforce.