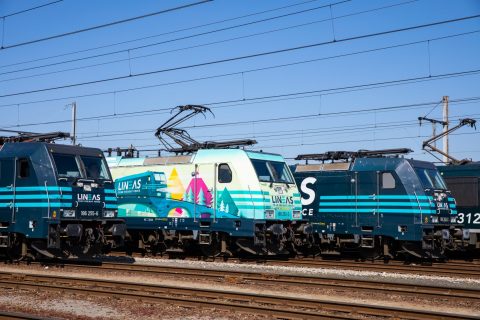 Lineas launches another rail link between Belgium and Italy

Another intermodal rail connection between Belgium and Italy has been launched. The new connection, operated by Lineas, connects North Sea Port with Piadena as a new gateway to Italy for intermodal trains.

The train will run five times per week from the Interface Terminal in the Dutch-Belgium North Sea Port to the Pesanti terminal in Piadena, right in the middle of the Milano, Verona, Bologna triangle. The train allows a shift of 15,000 containers from road to rail.

According to the Belgian railway company, the demand for rail traffic between Italy and Belgium is rapidly on the rise. Last year, it launched the daily Ghent-Segrate intermodal train and with 10,000 transport containers so far, it was considered a success. It has therefore added another service, this time connecting the cross-border port.

“Customers are really looking to decarbonise their supply chain with smart and low-carbon rail transport, and this is exactly what we want to help them with. On top of the 70 trains we already run between Belgium and Italy, we are now creating capacity for another 15,000 containers to be shifted to rail. This is a real climate win with 9 times less carbon emissions equalling almost 9,000 tonnes of CO2 we keep out of the atmosphere every year”, Lars Redeligx, Chief Commercial Officer at Lineas said.

Lineas is the first operator to open the Pesanti terminal for intermodal volumes. With the Segrate terminal in high demand and close to saturation, Piadena (150km from Segrate) comes as a welcome second gateway to Italy. The terminal in Piadena is strategically located in a region home to the tiles and steel industry.