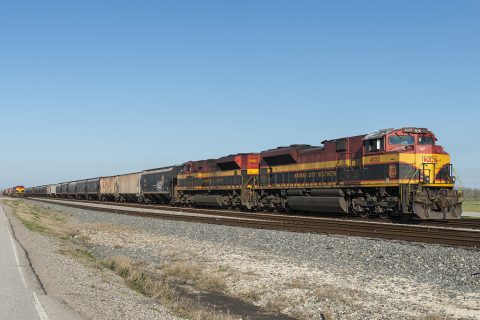 US rail freight reform needed to compensate for bad performance

After years of freedom in American rail transport, control over the railroad companies seem to be tightened. The reason: the lagging transport performance, an indirect consequence of the corona pandemic.

The Surface Transportation Board (STB), which oversees rail transportation in the US, was already quite outspoken in late April after a two-day hearing with rail customers. “It is clear that years of policy of cutting costs by cutting jobs and shutting down locomotives has damaged the service. Factories have had to shorten their opening hours and shippers, including farmers, have not been able to get products to market on time”, said chairman Martin J. Oberman.

Oberman’s criticism comes at a time when there seems to be broad support for more regulation of carriers. This need arises from the often inadequate service provided by rail carriers during the corona pandemic. Not only the American ports but also the railway lines have been inundated by a ‘tsunami’ of containers. They also had to contend with significant staff shortages, which meant that not only containers but also many other loads were delayed. For example, the National Grain and Feed Association said delays added an estimated $100 million to the grain industry in the first quarter of the year.

Oberman went the extra mile by commenting that “these failures are damaging to the national economy” and that they “contribute to the inflationary forces that affect food and fuel prices” in his view. In a first step to improve the performance of the so-called Class I carriers the regulator announced that they must make recovery plans for the rest of the year and submit monthly reports. These must, among other things, provide an overview of the average speed on their network, the length of stay at terminals, the rates and the number of cancellations. The NTB also wants historical data from the past 36 months.

Those obligations apply to BNSF Railway Company (BNSF), CSX Transportation (CSX), Norfolk Southern Railway Company (NS) and the Union Pacific Railroad Company (UP). They are the four most important of a total of seven Class I railroads operating freight in the US. Oberman announced that the reporting requirement is a first step to verify “whether carriers are delivering on the improvements they have been promising for months and whether additional rules are needed to improve service.”

A few weeks after his critical words, the STB chairman went one step further at a Congressional committee hearing on railroads, pipelines and hazardous materials. He said the liberalisation of rail transport had “gone too far” since the Staggers Act was enacted in 1980. According to him, that law has created regional monopolies and duopolies in large parts of the US. He said the carriers involved pay more attention to reducing operational costs than to the level of service.

Last week, Oberman received support from a group of 19 senators from both the Republican and Democratic camps. In a letter to the NTB, they expressed their concern about the ‘disruptions’ in rail freight transport, on which many economic sectors nationally and internationally depend.

They argued that even the global food supply is at stake. “If current problems persist into the fall, significant portions of the world’s breadbasket could be cut off, leaving waste instead of solutions.”

Battle of the arm

The four carriers involved have meanwhile promised improvement, but each of them is skeptical about whether it will be possible to increase the service level to pre-corona level in the course of the year. Norfolk Southern, for example, said that this is the goal, but that there are so many factors involved “that any target or forecast is speculative at best”. According to NS, examples of this are market demand, customer actions, weather conditions and unexpected rail failures.

CSX expressed more optimism, saying that “as the staffing situation normalises, it is expected that service can improve to pre-pandemic levels this year and continue to show progress beyond that.” UP and BNSF did provide an update on their existing activities, but did not provide a forecast of when the service should return to its previous level.

In a detailed statement, BNSF said it has implemented a “service recovery plan” and that “specific actions have been identified in its customer communications that historically inform us.”

Yes, it is 2022 now and other modes, global, by air and by sea, etc. decisively, ongoingly upgrade load capacity, for goal, lower costs. So should the railways!
For sake of railways, for all, capacity and utilisation of rail infrastructure and assets has to be raised.
On Time supplies are requested, etc. Quality pays and now more than ever before.