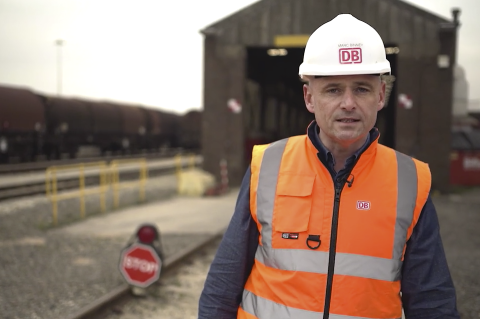 Rail freight operator DB Cargo UK has launched what the company calls “a major new campaign in its ongoing drive to deliver safety excellence across all its operations.” The campaign explicitly empowers the company’s 2,200 colleagues to intervene and stop any activity that they see or even feel may be unsafe.

The new safety campaign called ‘Together. We’re Safer. Together. We’re DB’ gives all staff wide-ranging powers to stop anything they consider unsafe. DB says the new regime is widely and effectively used in many other industries to improve companies’ overall safety performance.

Developed in conjunction with the Lancashire-based design agency Studio Up North (SUN), the campaign was launched following a series of focus groups held within the company last year. DB say it’s the biggest and most in-depth piece of safety-related research undertaken by the company. 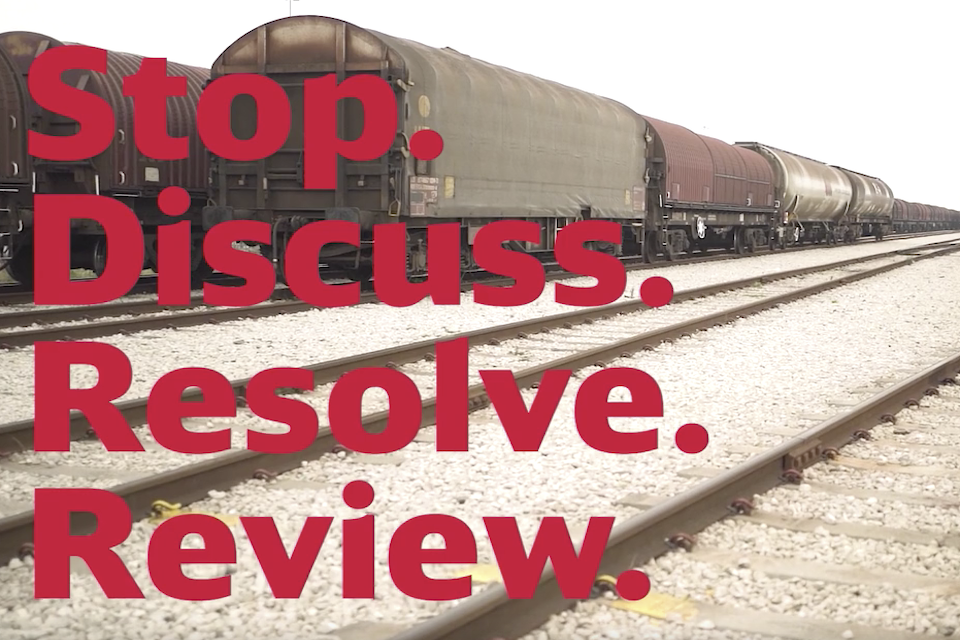 “Every colleague has been issued with a safety intervention card”, says their statement. “[It] gives them the authority, backed by the UK Management Board, to step in and challenge any activity or instruction they believe is unsafe – whether that activity is being undertaken by a colleague, a customer, or contractor.” Although making no specific reference in their launch, DB Cargo UK was DB fined 200,000 pounds (235,000 euro) following an incident at its Dollands Moor freight yard in 2018, which permanently injured a shunting operative.

Colleagues are encouraged to follow a simple, non-bureaucratic process known as ‘Stop; Discuss; Resolve; review’. The campaign will be supported by a training programme aimed at field staff. “We must work together and look out for each other”, said Marc Binney, DB’s head of safety. “If we are to succeed in sustaining a positive and healthy safety culture where colleagues are comfortable challenging unsafe acts. We want colleagues to intervene with the reassurance and confidence that they have the company’s full support in doing so.” 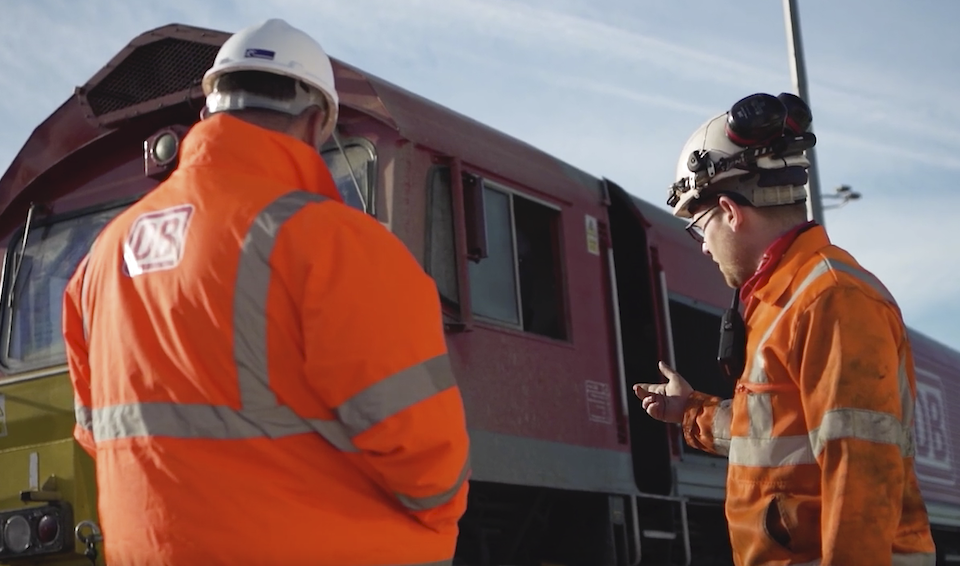 “Studio Up North took the findings from last year’s research, visited DB’s sites and spoke at length with our colleagues to develop a campaign that really gets to the heart of what we’re trying to achieve”, said Richard Sears, DB’s head of communications. “By making our colleagues effectively the poster boys and girls of the campaign, they have really brought it to life in an engaging way and guaranteed ownership across our operations from the very beginning.”

Drastic it seems, as otherwise within industry, recently at Trelleborg and at Ore Track, Sweden, etc. costly derailments did happen at 2 sep. nos top priority tracks – and accordingly, at majority, tracks standard now should be even worse…
Running on margin seems “state of the art” within railways, that within a few years shall prove capable of 50% added capacity…
A New Old Railway a safely calculable, sustainable, now urgently is requested, all over Europe.