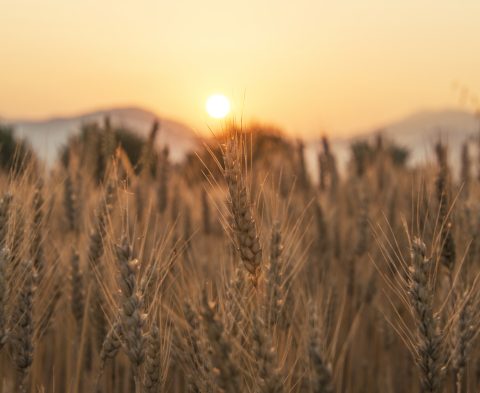 Ukraine’s transhipment capacity is insufficient to handle the agricultural cargo volumes pending on the Western Ukrainian border. The country’s infrastructure Minister Oleksandr Kubrakov underlined that time is pressuring and stressed that EU investments in Ukraine should take place as soon as possible. In return, the EU Parliament voted for the suspension of Ukraine’s export duties, setting aside customs processes to facilitate the speedy transport of products.

Kubrakov participated in a meeting with the EU Parliament’s Transport and Tourism Committee. During the meeting, he expressed his concerns about Ukraine’s difficulties with exporting its products-a task imperative to keep its economy running during the war. “Rail transport can partially undertake all the transportation of agricultural products, particularly grain. However, transporting goods is difficult due to western Ukraine’s low border crossing capacity, which is not designed for transhipping such volumes”, noted Kubrakov.

More transhipment points for now and the future

“As a result of the war, we have experienced catastrophic blows to the economy and supply chain. Rail connections have now come to the forefront. We need to increase capacity if we only rely on rail connections. But, this is unreal in such a short time,” explained Kubrakov.

He continued by saying that Ukraine’s export capacity through the Black Sea ports was around four to five million tons per month. These volumes have now dropped to one million tons per month-a significant decrease. “Ukrainian railways expect to compensate for pre-war terminal volumes within the next one or two years by placing additional terminals at the junctions with Poland, Slovakia, Hungary and Romania. He explained that this “requires constant construction in existing and new terminals and the operation of mobile transhipment points”.

However, Ukraine’s transhipment terminal enhancement plan will not only have short-term results. Kubrakov estimated that in the future, the increased terminal capacity currently needed to resolve Ukraine’s exports will contribute to increasing cargo transport through the country by 50 per cent compared to pre-war numbers. In a stable future world and supply chain, Ukraine’s transport capacity increased by 50 per cent could play a significant role in Eurasian routes.

While prefacing Kubrakov in the EU Parliament, Ukrainian MP Larysa Bilozir also highlighted the importance of more transhipment rail freight terminals on the border between Ukraine, Poland and Romania. “Rerouting to Baltic ports will not help substantially. We need help exporting agri-food products, improving the capacity of transport networks and transhipment terminals, and increasing the cargo volumes on the borders with Poland and Romania; otherwise, we will not be able to tackle the agricultural crisis,” she said.

However, she also mentioned the need for liberalised customs and more customs points on the border with Romania. In this sense, the EU has already responded to one of Ukraine’s requests. On Thursday, 19 May, the European Parliament voted in favour of suspending EU duties on all Ukrainian exports.

This decision means that Ukrainian exports have duty-free access to the European internal market. Practically, exported products originating from Ukraine no longer need to go through customs controls. Not all products, though. The measures adopted by the Parliament “will fully remove import duties on industrial products, entry duties on fruit and vegetables, and anti-dumping duties and safeguard measures on steel imports for one year”.

Apart from agri-food products, the transport of industrial products is also on the rise again between Ukraine and Europe. Since many industrial sites in the country’s western part have re-opened after the first months of the war, they now have a surplus of products that also need to export as soon as possible.