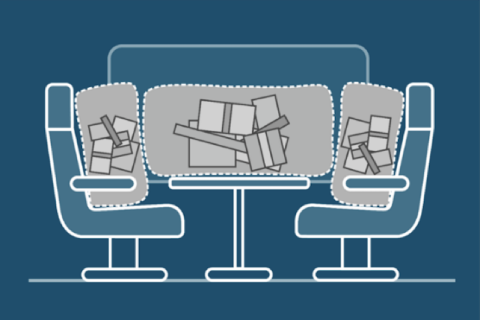 There is a great opportunity for growth in the express freight by rail market, but the logistics industry still needs to be convinced. That’s the message from a special unit at Network Rail, tasked with identifying the commercial benefits for the infrastructure agency and for the UK economy at large.

Putting the parcels traffic back on to the railways looks a step closer, according to a report from Network Rail. An attentive audience from the industry at a Rail Freight Group conference has been reviewing plans and opportunities at a recent presentation in Edinburgh, given by the team leader for the Network Rail research project.

Climate for rail much more attractive

Dan Fredriksson, the development lead, express freight for Network Rail, told his audience that the last few years has seen a huge growth in the light logistics and express logistics market. It used to be called parcels traffic, but, these days, it’s a little more complicated. “Across the thirty million doors in the UK, there are 4.1 packets delivered every day”, says Fredriksson. “More and more logistics companies are looking at rail. For there part, rail leasing companies are looking to repurpose passenger rolling stock to carry parcels traffic. There are however some key challenges to coming on to rail.”

The parcels traffic, largely given up by the rail industry in the 1990s, has become a money-spinner for the road-based logistics community. However, says Fredriksson, a number of advantages are coming together, making the climate for rail much more attractive than it has been in over two decades. “The location of the rail network in relation to population centres is an advantage”, he says. “British cities are increasingly looking to introduce low and no emission zones [to help comply with government clean air legislation].”

As previously reported, Network Rail has commissioned a review of its managed stations and their suitability to handle express freight logistics. Fredriksson has been working on the project since its commissioning. “A broader return to handling less than wagon load and parcels traffic has been on the agenda for some time. The concept has gained traction since the pandemic, and there is an impetus to fill the capacity”, he says.

The well reported shortage of truck drivers (“heavy goods vehicles” – or HGVs) means rail is increasingly attractive to logistics businesses. Add to that a surplus of passenger trains no longer required for service – but mechanically relatively young – and rolling stock leasing companies have an under used fleet for which they would happily find new revenue earning deployment. Network Rail also has good economic reason to pursue the concept. “Exploration of additional activity and revenue opportunities at stations is a strategic objective”, says Fredriksson.

As valuable as possible to the tax payer

Further trials are underway. Among them, Network Rail is involved in operations out of Daventry, where. Royal Mail is planning to expand its trunk operations by rail, serving the purpose-built sorting office at Shieldmuir in Motherwell, near Glasgow. Less than train load is also in the mix, in what Fredriksson calls parcels as passengers – or simply boxes on seats. “We undertook a trial with a whole coach load of parcels as passengers last autumn, to prove the concept”, he says. “We have several last mile providers knocking on our door to utilise our estate of unstaffed stations.”

The status of Network Rail as a government agency requires it to be as valuable as possible to the tax payer. “We need to develop Network Rail’s freight estate”, says Fredriksson. “We need to be building the right facilities and working out how can we use existing sites for the urban logistics market. Other heavy freight sites could be used. For example, aggregates sites could be filling in the downtime between relatively infrequent trains and generate revenues. When we look at the old facilities, do we have the capacity to dust down and restart the business. If we don’t see key movement in the next few months that opportunity might not be there anymore.”

Yes, lines benefitting of high punctuality, those proving timely, high quality, already are a very good alternative,
However, now as well costs decisively have to be attended. When costs sustainable are reduced and low, then soundly the track charges as well may, etc.
(All other devices, the global, by air and by sea add load capacity for reduced costs. Even the on road trucks, the “domestic” does. Rails for sure has got unique, great potential, for adding of edge!, for sake of majority!…)

Is there any plans for rail freight along the east coast way as an another route from the channel tunnel?