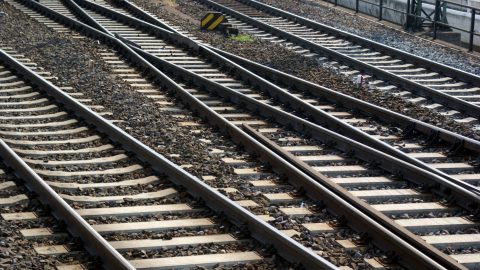 What are the consequences of Europe’s different railway gauges?

The difference in gauges of Europe’s railways is one of the reasons why it is often called a ‘patchwork’. A short tour of Europe to assess the issue of different gauge widths.

Since the 19th century, the vast majority of Europe’s railway networks have adopted a gauge designed by the British. Although many gauge projects existed, a Railway Regulation Act was enacted by the Parliament of the United Kingdom of Great Britain and Ireland on 18 August 1846. It mandated the track gauge with a width of 1435 mm to be the standard for Great Britain. At that time, the UK was the only one capable of exporting railway rolling stock.

As a result, the vast majority of railways in Europe adopted the 1435mm gauge. When the International Union of Railways (UIC) was founded in 1922, it also officially adopted this gauge. This did not mean that countries that had adopted other gauges had to change their network.

The adoption of other gauges has sometimes been motivated by topography. For example, in the mountains, the importance of having tighter curves meant that a smaller gauge than the UIC standard had to be adopted. This is why Switzerland has a large secondary network that has adopted other gauges, such as the Rhaetian Railway (Rhätische Bahn), the largest metric network in Europe. Many countries still have secondary lines with different gauges, such as the Train Jaune in France, the FEVE and EuskoTren in Spain or the Circumvesuviana in Naples, Italy.

The major problem with different gauges is, of course, the impossibility of simply running trains from one network to another. As a result, most secondary networks are not involved in international policy. These networks are on their own, and a transfer has to be made at a station with both gauges.

The difference in gauge between two lines of a main rail network is more problematic. Seven countries of the European Union have not adopted the UIC Standard gauge of 1435mm. Finland has a gauge of 1524mm (closer to the Russian gauge of 1520mm), and the orientation of its network is entirely towards Russia, except a branch in the very north of the country, towards Sweden. The lack of rail traffic to and from Europe is not a major problem for the country, thanks to the sea routes across the Baltic.

Ireland has a 1600mm gauge but is an island anyway and has no international rail traffic. The three Baltic countries, Estonia, Latvia and Lithuania, are former Soviet bloc countries. They have a network built entirely to Russian standards, with a gauge of 1520mm. This poses a problem for railway traffic to Poland, but not to Russia and Belarus.

The last two deviating countries are Spain and Portugal. Both countries have a track gauge of 1668mm, also named the Iberian gauge. As the trade with Europe via France is of great importance, it was necessary to create wagon axle changing facilities in Irun (Atlantic) and Port-Bou (Mediterranean).

Several technical solutions for the different gauge widths have been implemented. Between Belarus and Ukraine, and Poland, Slovakia and Hungary, trains still have to be lifted and bogies changed. This operation requires two hours of downtime for the trains. The Rail Baltica project, that will link the three Baltic countries with Poland, will be constructed with the standard UIC gauge of 1435mm. This should provide a solution for international traffic with Europe.

Between Spain and France, the desire to create faster trains motivated the rolling stock firm Talgo in the mid-1960s to create a train with independent wheels capable of changing from one gauge to another in a few minutes via a dedicated device. The new line between Perpignan and Figueras was built with the standard 1435mm UIC gauge, which no longer gives issues for traffic between France and Barcelona. In addition, a large part of the Spanish high-speed network was built with the standard gauge.

The rest of Europe has the standard UIC 1435mm gauge, as far as Athens and Istanbul (Turkish State Railways also has a 1435mm gauge). It, therefore, cannot be said that the major rail flows in Europe are handicapped by track gauge problems. Although not the most convenient, there are solutions for the major Atlantic axis between France and Spain. The flows between Poland and the three Baltic countries will become much more convenient with the arrival of Rail Baltica, expected around 2030.

1 comment op “What are the consequences of Europe’s different railway gauges?”