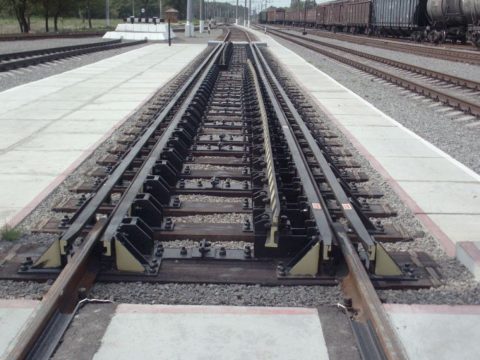 Ukrainian Railways imposed restrictions on rail freight traffic to Poland and Romania. The decision was in force between 16 and 18 April. Traffic closures due to the Easter holidays and wagons pilling up at the western Ukrainian border led the state-owned railway company to take this action at a critical time.

The restrictions applied on the Dyakovo and Vadul-Siret border crossings with Romania and the Yahodyn and Izov border crossings with Poland. Ukrainian Railways decided to implement the restrictions “due to the accumulation of a large number of wagons in the direction of western crossings and appeals from Western partners to reduce the delivery of freight trains”, said Valerii Tkachov, deputy director of UZ’s commercial department, in a statement to Reuters.

Tkachov underlined that the restrictions did not result from the Ukrainian side but from the fact that Poland and Romania were not ready to receive and handle the increasing rail freight volumes “due to a shortage of locomotives, wagons, limited traffic capacity and weight restrictions for freight wagons”.

However, there are no scenarios for long-term traffic limitations since the decision was implemented only for the Easter weekend as a solution to deal with the wagon backlog and make border-crossings more efficient. “No decisions have been made to stop or restrict long-term traffic to European countries,” Tkachov told Reuters.

For the record, Ukrainian Railways are currently utilising rail freight for most of their export services since its Black Sea ports are under a blockade. The company organises freight trains to Poland but also intermodal services to Romania and the port of Constanta with agricultural products mainly.