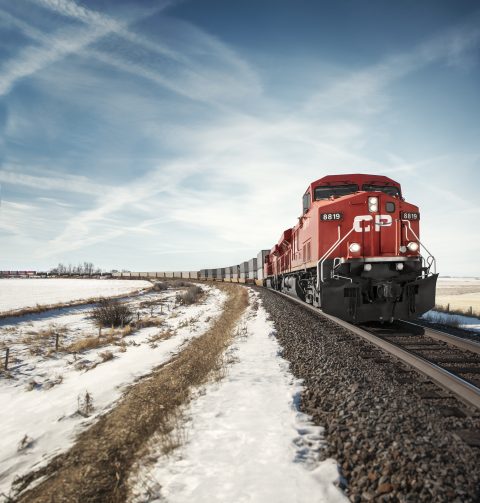 The Transportation Safety Board of Canada (TSB) recommends improved tests and maintenance of brake cylinders on freight cars. That is one the three main recommendations listed in its final investigation report into the 2019 derailment of 99 train cars and two locomotives, which resulted in the death of three crew members.

The report released on Thursday hones in on the brake system, as the brake cylinders of the freight train were found to have leaked been leaking compressed air. The age and condition of the brake cylinders, as well as exposure to harsh weather conditions, exacerbated the problem.

On the evening of February 3, 2019, a 112-car freight train carrying grain was descending the 13,5-mile (21,7-kilometre) Field Hill, a section of the Canadian Pacific Railway in British Colombia. When the train operators could not manage to maintain the required speed, they applied the brakes in emergency. While this brought the train to a halt, leaks were causing brake cylinder pressure to ebb.

Later that night, after a relief crew had taken over, the train began to creep forward and accelerate uncontrolled. Approaching a bend at 85 kilometres per hours proved too much, and 99 cars plus the two locomotives derailed. While brake system anomalies had been observed by the crew and discussed with the relief team, the irregularities were – due to inadequate training and experience – “not recognised as problematic”.

‘More must be done to reduce the risks’

As such, the TSB requires Canadian Pacific Railway Company (CP) to “demonstrate that its safety management system can effectively identify hazards arising from operations using all available information, including employee hazard reports and data trends; assess the associated risks; and implement mitigation measures and validate that they are effective.”

In addition to the required improvements to test standards and time-based maintenance of brake cylinders, the TSB also wants CP to “implement a schedule for the installation of automatic parking brakes on freight cars, prioritising the retrofit of cars used in bulk commodity unit trains in mountain grade territory.”

“This tragic accident demonstrates, once again, that uncontrolled movements of rolling stock continue to pose a significant safety risk to railway operations in Canada. It is obvious that more must be done to reduce the risks to railway employees and the Canadian public, reduce preventable loss of life, and increase the safety and resilience of this vital part of the Canadian supply chain”, TSB chair Kathy Fox said in comments on the report.

This article was originally published on RailTech.com, our sister publication.