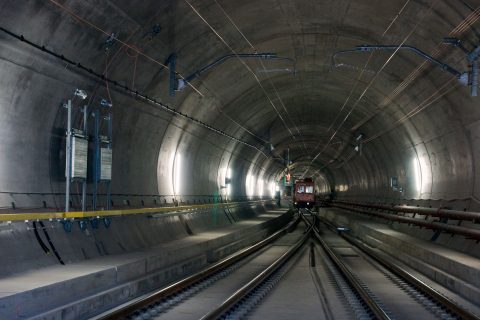 More trains for Kombiverkehr on the Gotthard axis this month

Kombiverkehr is expanding its services between Germany and Italy this month. With a new railway line, additional departures and a new destination from Italy it will surely have more intermodal traffic via the Gotthard axis from April onwards.

A new railway connection will be launched connecting Cologne-Eifeltor in Germany with Melzo in northern Italy. The Melzo terminal is located to the east of the Milan metropolitan area and is served in both directions with five weekly round trips from Monday to Friday.

“The transport of semi-trailers with profile P400 is possible”, explains Kombiverkehr. “There are direct connections from Cologne to Malmö and via Hamburg and the Baltic Sea ports to other destinations in Denmark and Sweden, which can be booked throughout.”

More to the port of Trieste

Moreover, a fourth departure per week is added in each direction between Cologne-Eifeltor and the port of Trieste. This addition is adding to the connection of the operator between Turkey and Greece.

“Containers and semi-trailers with a P400 profile not only reach northern Italy with just one booking, but also Patras in Greece and Pendik, Cesme and Mersin in Turkey with subsequent ferry services. Transit times range from four to six days depending on the destination.”

More to the Benelux

Later this year, Kombiverkehr is adding capacity to the connection between Mortara in northern Italy and Ghent in Belgium, with subsequent ferry connections to England. From 16 June, trains will run nine times a week in both directions instead of eight.

There will also be an increase in capacity on the Mortara connection with Rotterdam Pernis Combi Terminal Twent. From April 30, shipments can be delivered six times a week in each direction.