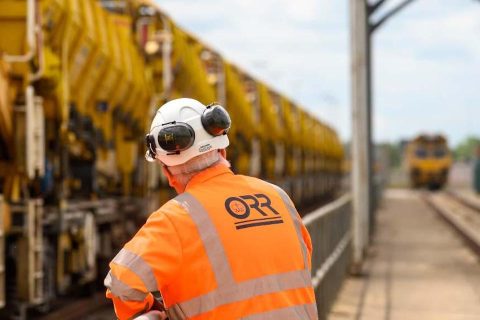 Freight and passenger traffic clash between England and Wales

A dispute over track access rights has put the brakes on both passenger and freight development on a line connecting North Wales and Merseyside. Local campaigners and politicians say it is a blight on economic development. Railway officials say the line is full and there is no more room for more trains, whether they carry goods, or the good people of Wrexham and district.

Since the story broke in December, a widely, if sometimes sketchily, reported decision by Network Rail has left most stakeholders with an axe to grind. Yet, everyone involved wants to find a solution to the capacity issue on the Wrexham to Bidston line. The Welsh town wants to be better connected to the towns on the English side of the border, but the railway that joins them is already at capacity and carrying mixed traffic all day long. It sounds like a headache for the Office of Rail and Road – and that’s exactly what it is.

Despite being close to the driver of the regional economy, the port of Liverpool, the towns on the Wirral Peninsula sit on the opposite bank of the Mersey. Their natural land connection lies southwards – and that means connection across the border with the Welsh regional town of Wrexham. To facilitate that corridor, the line between Bidston in the north and Wrexham in the south needs upgrading. There are plans for a wide-ranging “North Wales Metro’, turning this secondary line into a north-south axis, connecting with a west-east arm, running all the way from the port of Holyhead to Chester – which also crosses the Welsh – English border. The intersection is at Shotton. 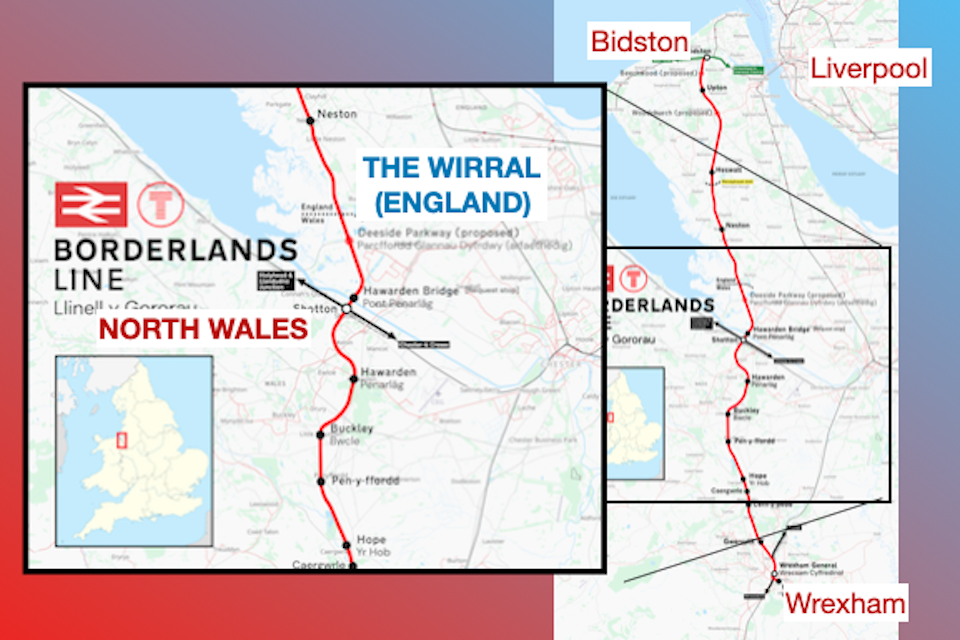 Readers with knowledge of the area will recognise Shotton for its steel works. They will also know about the heavy industry of nearby Connah’s Quay, and the freight potential all along the western arm of the proposed network – not forgetting the cement traffic from Penyfford, to the south, towards Wrexham. In addressing that demand, it is understood from local media sources that operator GB Railfreight applied for access to run services using the Borderlands Line. Coincidentally, Transport for Wales, the Welsh government body that handles devolved transport responsibilities, also seeks to increase passenger frequencies on the line. In arithmetical terms, two into one won’t go – and there are plenty of twos in this one.

When Network Rail is unable to resolve a track access dispute, any dissatisfied party can refer to the Office of Rail and Road, who provide final arbitration. With both passenger and freight interests dissatisfied, the ORR has their work cut out. Speaking to local media in North Wales, the ORR hope to make sure both passenger and freight operating companies have fair access to the rail network at all times.

Since the story first broke in December, the situation has deepened. “In this case, Network Rail has refused to agree access contracts – for Transport for Wales and the freight operator – for additional services”, said ORR. “Both parties have appealed to ORR to help determine whether refusal was correct or if Network Rail should enter into an agreement with either party.”

The current situation is yet to be resolved. “We are currently undertaking this review and will make a decision in due course”, say the ORR. “We know that all rail users in North Wales deserve to have this decision properly scrutinised in order to achieve the best outcome for everyone.”

RailFreight.com understands that the Office of Rail and Road has received depositions from Network Rail, Transport for Wales, and GB Railfreight – most likely in support of their embryonic operations from the quarry at Penmaenmawr on the North Wales coast.“With complex cases like this, a decision may take longer”, said the ORR to local media. “There may be a delicate balancing act to determine the best overall outcome in line with our statutory duties.”

With passenger versus freight; east versus west; and Wales versus England; one suspects the ORR still have their work cut out on this one.

It always used to be the case that freight ran at night or late evening or mid morning – when passengers train were scarcer – subject to engineering work .When depending on the location and availability they were diverted onto other routes !

Given that the main Shotton steelworks closed, this lack of capacity is disappointing. Couldn’t it be improved by a much better signalling system? Was there ever a suggested rail link between the two lines at Shotton – the levels notwithstanding? Would that benefit capacity?

There is the option of putting in long passing loops so passenger services can pass freight trains. Just south of Saltney there is room to put in a western chord. This would give freight access to the line to Hollyhead. It would cut journey times from Hollyhead to Cardiff by about 22 mins with trains not having to go into Chester to reverse back again to gain access to the Wrexham line.